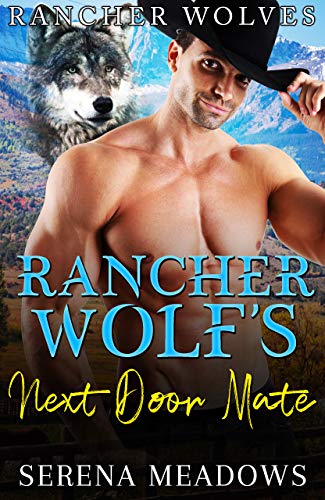 The wolf shifter in me couldn’t handle it when Carrie was being abused.

She’s my next-door neighbor and I don’t see her around town often.  Carrie keeps to herself, silently putting up with her abusive father.

But it’s time that I help her out of this mess.  Running the Prairie View ranch has got its perks.  I’m in a position to protect the woman that I’m obsessed with.  She’s everything that I’ve always wanted.  Feminine, loyal, adventurous.

And so, I don’t mind doing the one thing that will save her.  Marrying her.  I need to beat Carrie’s father and help her escape the arranged marriage he has set up for her.  I don’t care if being with her is forbidden.  Carrie already has my heart.  And now she’ll have a right to the rest of my life as my wife.

Rancher Wolf’s Next Door Mate begins the Rancher Wolves series with an intensely gripping romance between Russ and Carrie.  One wolf shifter, one human – a human who is being abused by her father, a man who has an intense hatred for Russ’s family and who plans to basically sell Carrie to the highest bidder in his need for dominance, position, and very high debts.

While Russ has always been aware of Carrie, of a feeling of protectiveness about her, he hasn’t acted on those feelings knowing the history of the hateful feud between their fathers.  Yet, when he notices a woman being hit in an alley Russ comes to Carrie’s aid (although because he knows how her father would react to see Russ come to her aid, it’s after her father has left her there with instructions to find her own way home).

Carrie almost made it to the bus station… almost.  Now, she has new bruises, must willingly return to her home which is more like a prison, and regroup to escape another day.  The last thing she expected was help from their neighbor, a man whose family her father loathes and would do anything to destroy.

The escape of one wily horse from Russ’s ranch, and the freedom of taking her own horse out to ride their property as her only escape will bring Carrie face to face with one dangerous horse… and the man who holds her future in his capable hands.

Rancher Wolf’s Next Door Mate is full of the sizzling chemistry between Carrie and Russ, with danger around almost every corner, a villain you’ll loathe whenever he shows up on-page, some laughter, some tensions, a few surprises, and a really good beginning to the Rancher Wolves series.

We meet some of Russ’s brothers, and his father as we learn just what began this feud.  Carrie’s inner strength makes her a heroine to root for, Russ may come to realize that this woman is his mate a bit late but his instinctive move to protect her from the beginning shows his own strengths, and yes, stubbornness as well.  I liked them individually and definitely as a couple.  I am now officially hooked on finding out what happens next.