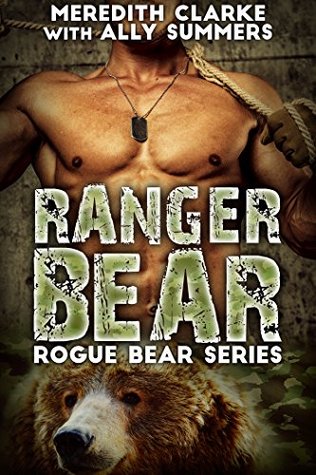 Kyle is set on a personal mission, one to the family of his friend and fellow Ranger.  Sam wouldn’t be coming home from the war, his family knew that already but Kyle had made a promise and he would keep that promise, no matter how difficult it might be.  The last thing he expected to discover in this tiny town was Sam’s lovely sister Whitney or that she was most definitely his mate.

It’s been such a horrible time in Whitney’s life recently.  The death of her beloved brother, her restaurant burning down and now having to make the decision to sell the country home both she and Sam had loved – well, life simply wasn’t easy at the moment.  One moment she was sad and in tears, the next she was furious at Sam for leaving her behind and going off to join the Rangers.  She needed him at home, and now he’d never come back to her.

Kyle isn’t sure when his mission will take place, he’s in a holding pattern right now.  But he knows he will return to finish the mission, it’s what he does, it’s who he is.  But in the meantime he can help Whitney with repairs around her home and enjoy every possible moment with his mate – without letting her know just how important to him she is.  He really would be a sorry jerk if he claimed her and then had to go off again, not knowing if he would return.  He couldn’t do that, but he came so very close to it.

Ranger Bear is a short and intense story, one that pulls at the heart as a strong man must make the most difficult decision of his life.  Now this couple’s sexy times are smokin’ hot and it’s obvious that each loves the other… but a promise has been maid, and Kyle cannot change his responsibilities.  I completely got Whitney’s reaction when Kyle left, and I hurt for them both.

I really enjoyed Ranger Bear and look forward to reading the rest of the series.  I am going to make two nitpicking comments – I don’t know if they’d matter to anyone else but they do to me.  I love Shifter Romance, a major part of that love is seeing, experiencing the combination of human and animal in one body… without a shift at all in this story, kinda felt something important was missing.  And the other comment is a personal opinion.  It’s difficult to keep track of each author’s universe – some have Shifters known others have them well hidden.  If a man I loved just told me that he’s a bear shifter – I’m gonna have some reaction aside from… okay.  Something.  A surprised look, a question or two, some type of reaction.  Unless Shifters are as common as houseflies, any girl’s going to react to that kind of information, IMO.