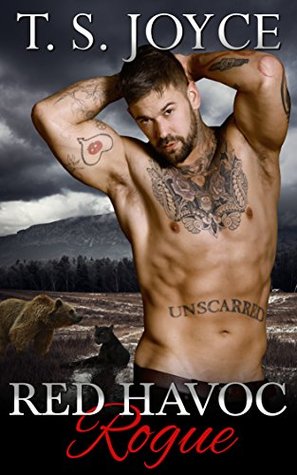 Annalise Sutter is a newly Turned shifter determined to get her life back on track. The problem? Her inner panther is a monster that attacks anything that breathes. She’s had to let go of her old life completely to protect the people she loves, and the one thing that has kept her steady through this transition is Jaxon Barns. They’ve been texting for months, but he’s anti-shifter and she can’t tell him what she has become. When a spot on a notoriously private panther crew comes up, she jumps at the opportunity to pledge in desperation to get her animal under control. Too bad that means leaving Jaxon behind, because what human is going to put up with an out of control shifter who lives way out in the boonies?

Jaxon Barns is harboring two things—a massive grizzly in his middle and an equally big chip on his shoulder about being born a shifter. He grew up in the Gray Back Crew, but can’t seem to settle down long enough to stay in one place. The only thing that eases the ache of being a rogue are the text messages that come from Annalise. She feels like the only real thing in his life, and when she disappears mysteriously one day, he knows something has gone really wrong. Now he’ll have to track her to panther territory to save her from herself.

But maybe the panther inside of her isn’t the biggest danger to Annalise’s safety anymore. Perhaps now, the biggest threat to her future…is him.

We’re going back to the Damon’s Mountains universe in the Red Havoc Panthers series.  We might run into some old friends… are you caught up on Damon’s Mountains?  Now might be a good time to do that, just sayin’.  *please excuse Marsha’s happy dance – grin*

Annalise has gone through an experience unlike any other.  A world has opened up to her, not by invitation but through violence, attack and the mad mind of one deranged shifter.  She’s been turned into an out of control panther shifter with no idea of how to handle the chaos that has been dealt to her.  She’s spent time in a cage for her own and other’s protection.  And if she soon doesn’t learn how to control her cat an even worse fate awaits.

Jax is a wanderer, a rogue, a grizzly shifter who has sworn to no crew, not even his own Gray Back Crew, the crew where his mother Willa is Almost Alpha.  He can’t.  It’s physically impossible for him to remain in one place for very long, he’s been on the move all of his life.  The daily texts from the woman he met at an online dating site are what keeps him sane most days.  Somehow simply talking with Annalise keeps the almost uncontrollable grizzly within in line.  For her he and his grizzly would do anything – except settle down.  When Anna’s messages abruptly stop, and her reasons make no sense Jax goes tracking and what he finds angers, confuses and draws him.  She’s a panther, out of control… and she’s his.  Now he has to figure out how to keep them both alive long enough to live a long life together.

I wish I could convey just how much fun it is, how happy it makes me as a reader to return to a familiar setting with beloved characters.  I do not want to sound like a blubbering idiot, but I was very excited to see the Gray Back Crew once again, as well as run into new and interesting people to get to know and love in this new series.

Red Havoc Rogue is an emotional story.  There is such an underlying sadness to Anna, and I don’t believe we truly understand just how heavy that feeling is for her to carry until we see it be lifted by Beaston.  Jax was an intriguing character, strong, independent and still even as a wanderer he longs for the permanence of a home with his mate.  That she turns out to be an amazing woman like Anna, as well as an out of control panther gives Jax more to work for, more to invest in.  They need each other, somehow their individual brokenness becomes whole when they are together – and no one, no Alpha, no family is going to keep them apart.

I absolutely loved Anna and Jax’s story, and I cannot wait for Red Havoc Rebel to be released in March, 2017.  This is a story and a series that I would highly recommend for any Paranormal Romance or Shifter Romance reader’s enjoyment.  A sense of family, new adventures, interesting and quirky characters and a woven story line that draws you in over and over.  It’s hard to not fall in love with characters, stories that keep you happily returning – That’s the magic of Damon’s Mountains.