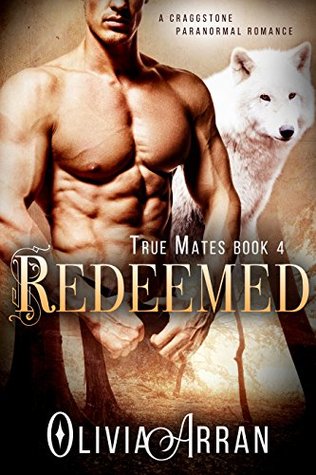 Every inch of him calls to me, thrilling me…

All wolf shifter Macey Colstone needs to do is find a certain coyote shifter who’s hiding from his past and deliver him back to the pack. As a lieutenant in the Colstone Pack she’s able to take care of herself—she doesn’t need a smoldering hot, white-haired, ice-god of a coyote getting all territorial. Especially when she doesn’t know him. And certainly can’t trust him…even though he makes her wolf sit up and howl with need.

To be with her, I have to accept who I really am…

Coyote shifter Jason Sunclaw has spent the last twenty years living as a human. He believes he’s truly happy. He has a successful career, a decent apartment, and money in the bank. He definitely doesn’t need a she-wolf crashing into his life and turning everything upside down, reminding him of the animal side he keeps hidden from the world. But her scent changes everything. He knows straight away, without a doubt, that she is the one for him. And he’d do anything to claim her.

But the path ahead is twisted with lies and deceit—can Macey and Jason work together to discover the real truth…and what will it cost them if they do?

Jason has turned his back on his Shifter side, in fact it’s been about twenty long years since he’s even shifted to allow his coyote any freedom at all.  He’s made a good life for himself as a human.  A thriving business, a nice apartment and no money worries – it should be enough, but there’s something missing and Jason is about to discover exactly what or who that is.

Macey has her assignment from her Alpha – find the coyote named Jason and bring him back to the pack.  She and her best friend, Cole, have tracked him down but he is the absolute last thing she expected to discover… her mate, or so he believes.  Macey isn’t so convinced although the man is hotter than a fire pit but her mate, not so fast on that one buddy.

This time Macey will learn a few things about her life that she never realized, after all her father is a wiz at keeping his personal feelings tight to the vest.  Their reconciliation will change everything for her – including her reluctant acceptance of Jason.  But he still needs to prove himself to her and to the entire pack.  Can a man who has denied his coyote half ever fully take on a mate or the  life lived within pack law.  There are ghosts in Jason’s past and he’ll come face to face with them and make some heartbreaking discoveries along the way.  In the end, it will be his mate, Macey, who saves his sanity and perhaps his life as well.

Redeemed is extremely fast faced with a lot of discoveries and some answers.  Jason is such a divided man, powerful and stubborn, proud and deadly.  He will have to prove himself to his mate and to himself as well.  Macey has fought for her position in the pack as a lieutenant to James, she’s just as deadly as any other wolf if not more so.  Yet there are parts of her past, and her future, that will be revealed – and some things will finally make sense.

Macey and Jason are a powerful, sexy couple and their sexual tensions simply leap off of the page.  Her mistrust is at the heart of her decisions about Jason and until she can trust him she won’t trust herself.  I enjoyed this couple and found them to be very equal in their abilities and their stubbornness.

There are some series that really need to be read in order – True Mates is one of them.    There is an over-arching story to this series, it begins in the prequel and more is added with each new couple’s story.  We are not given any backstory in these short tales, we do get to meet up with previous couples but with little or no mention of what has passed.   I suppose you “could” read them out of order, but you wold not have the entire story told as it needs to unfold.  Cherished, the next book in this series will wrap up the series to it’s conclusion.  I wold highly recommend this series – and also that you read it in order for the best enjoyment of the whole story.  That’s not only my opinion – it’s also the author’s suggestion.