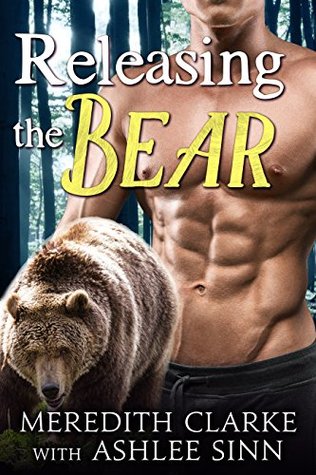 Brennan is the business man, the go to and get it done one of the three Callaghan brothers.  But right now business is the last thing on his mind.  He cannot seem to stay away from Scarlett’s bar.  Sure she’s a powerful wolf shifter, she is a future alpha.  She’s business smart, a kick butt enforcer and an all around sexy lady… and his bear seems to think that she’s his mate.  He has to admit that he counts the minutes until he can come up with another excuse to come here, even the bouncer is giving him knowing looks these days.  But a wolf and a grizzly?  He’s not sure if his bear has gone off the deep end or what… but he’d sure like to test that theory up close and in person.

Scarlett knows why Brennan’s showing up at the bar all the time – she feels it too.  Her wolf practicaly drools the moment the man steps into the place.  She’s cone to trust her wolf in some very tight spots over the years, but her mate?  Really?  A grizzly?  She has no idea how that is going to go over with the alphas of their respective pack and clan… but she’s also tired of waiting for him to make the move.  Tonight he’s gonna be hers, and there is nothing he can do to stop it.

Releasing The Bear starts off blistering hot, the tensions and fast pace continue throughout Brennan and Scarlett’s romance.  This is a couple who against all logic simply know that they are mates, and are not afraid to fight to stay together.  But before they can worry too much about what others think a huge shifter issue has come to light.  One that could change the entire community if it isn’t dealt with swiftly and decisively.

This issue has some nasty, stupid human dolts at the middle of some mischief and Brennan and Scarlett have been sent to deal with it.  They believe it’s been handled only to discover an even bigger threat to Scarlett and the entire shifter community.  This brings in a twist that I cannot remember coming across in any other shifter romance – and it’s a very interesting and deadly one for certain.  And let me admit that I am very interested in reading a secondary character’s story at some point… Major is one hot and dominant shifter, and I cannot wait to see who he is paired up with.

Life is changing in this shifter world, and Releasing The Bear was an enjoyable, intriguing introduction to those coming changes.  Definitely recommend this story and series to any Shifter Romance reader – looking forward to the rest of the series.