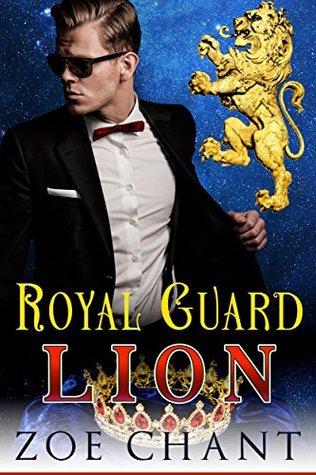 Signy Zlotsky grew up thinking everything about her (except her hard-to-pronounce name) was ordinary and all-American. Then the father she barely remembers leaves her a royal inheritance. She’s the princess of a hidden country ruled by shapeshifters! Signy is human, so she can’t rule — but her husband will be the new king. Overnight, Signy becomes the prize in a deadly game of thrones. Surrounded by powerful, ruthless nobles determined to force her into a loveless arranged marriage, Signy desperately needs someone she can trust…

Lion shifter Kai serves in the Royal Guard of Valtyra with unswerving dedication, but he secretly dreams of having love in his life. He’s seen the heartbreak that can result from arranged marriages, and he’s determined to wait for his true mate. But he never imagined that she would turn out to be Valtyra’s new princess… or that he’d be torn between his love for her and his sworn duty to the Crown.

When Kai and Signy meet, their passion is undeniable. But with the fate of a kingdom hanging in the balance, happily ever after isn’t easy. Will Signy’s royal destiny tear them apart, or can a lionhearted guard become her prince?

Signy’s world is turned upside down in one late afternoon when she goes from her first day at a totally annoying retailer’s to being told she is actually a Crown Princess.  And is about to be whisked away to her grandfather’s side to take up her duties as the future ruler.  Well, since she’s human she cannot rule, but her shifter husband will rule their country at her side… and this odious, nasty piece of work who has come to fetch her has his own plans for her future.  None of which involve a happy ever after.

Two Royal Guards, Kai and Tristan have accompanied the odious Otto to fetch Signy, yet in a moment of panic when she catches Kai’s eyes she is hit with the sudden knowledge that he is her’s and always will be.  Since she’s not a shifter, and has been raised away from shifter life she has no idea that she’s just met her mate, but Kai knows.  And while it will be difficult to manage, somehow they will get the King’s approval to be together.  If they survive that is.

Royal Guard Lion begins the Shifter Kingdom series, and it’s an intriguing world we are introduced to.  Imagine having small bits of memory from your early childhood of your father and his special name for you.  Only to realize years after his death that it wasn’t just some loving nickname but you truly are a Royal Princess.  Signy’s is understandably confused but also in the first flush of being in love with the man meant for her.  They have a rocky road to walk with danger and deception all around.  A few loyal people will help them, but in the end it’s up to Kai and Signy to prove that they belong together.

I enjoyed this first story in the series, and I’m about to go download the second.  I already see the possibility of a third one… but nothing has been announced so I’ll keep my speculations to myself for now.  But I hope that happens as the clues seem to lead there.  We’ll see soon enough.  If you’re in the mood for a fun love story with a bit of a twist, intrigue and danger plus some very sexy moments, then Royal Guard Lion would be a perfect fit for you.