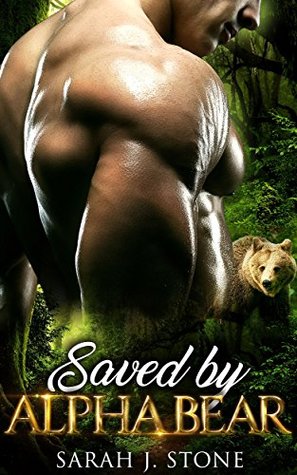 Luke has recently taken the Alpha position of his pack, Shadow Claw.  It wasn’t a heredity changing of leadership, it was a fight with a vicious Alpha who had no decency left in him.  What Luke did inherit with the title is a pack that’s a bit broken but mending and getting stronger every day under his leadership.  The elders of his pack are urging him to find his mate – yeah, like mates grow on trees.  Or maybe they come into the local bar once a month and give this Alpha some sass for his interest.

Cassie was on the run from her former pack lead by a man who didn’t deserve the title of leader or father.  She’d done all she could to disguise her appearance and her scent.  but she hadn’t counted on one factor – her true mate would see through all of that to the mate that perfectly matched him.  And Luke was one stubborn, if extremely sexy, mate.  One she couldn’t let know that the mate bond had actually happened between them.  So many secrets, but often the keeping of secrets meant you lived for one more day.

While Saved by Alpha Bear is a rather quick read, it packs a powerful story within those pages.  I really enjoyed this couple.  Cassie has tremendous trust issues, and as you discover her reasons you’ll understand why she can trust just about no one.  Not even her mate.  Yes, she knows that Luke is her mate but she’s hiding the bond from him, again in self-taught, self-defense.  It’s so easy to understand both sides, Luke’s need to know everything, and Cassie’s need to withhold information until she can trust.  Often the reasons are blurred, but in this story we are given the frustration on both sides and it’s strong.

We have some nasty pieces of work villains, some expected, others suspected.  And some strong allies along the way as well.  I particularly enjoyed the appearance of the wood sprites.  And more than a few surprises within Luke’s pack, gives me hope that there are even more surprises in the rest of the series.  I’m heading over to download the next story in this series.  If you love Shifter Romance, then I’d recommend this one as a start to a new series or even a new to you author.  It’s intriguing, sexy and makes me want more – all signs of a good series.

On a personal note, I’m a World of Warcraft gamer, a hunter in fact – gotta tame everything in game.  The way the wood sprites were portrayed and the fact that I have to make myself put the title of this series in two words since there is a rare tiger named Shadowclaw in WoW that I’ve tamed on several hunters… suggests that Ms Stone would make an excellent hunter in WoW herself .. just sayin’ *grin*

I read this tithe through my Kindle Unlimited subscription.