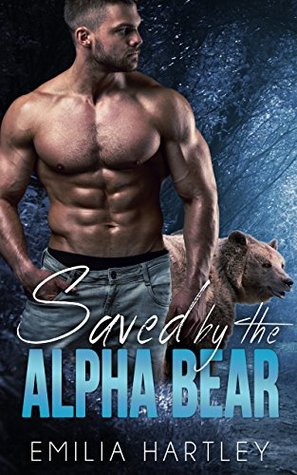 Guided by her pack leader’s blind hatred and deceitful ways, Savannah is under the impression that Tom and Nick Brewer are unfit for being shifters. She’s forced into befriending the bears, gaining their trust and using it against them. Afraid of what her pack leader Lucas would do if she refused, she accepts the task and does her best to win the alpha bear brothers over. However, she’s surprised to find that the brothers aren’t the killers that Lucas had made them out to be.

Tom’s always been cautious, especially when his friends and family’s lives are put on the line. That’s why when Savannah applied to work at the Brewer Mechanics, he was immediately on guard. She was attractive, he could admit that, but he couldn’t understand why a shifter was applying to work at his shop. There could be no way this was a coincident. It didn’t help that not only was she was practically handed the job by Jo – Nick’s human mate – but Jo was also trying to push the two of them together…

Savannah and her bear had spent their lives alone, belonging to no pack until she’d found the Northern Wind pack.  It’s leader was harsh, maybe even crazy but she knew no other way of being part of a bear group.  It’s not an excuse but it is a reason why she would do what Lucas demanded of her.  And perhaps why she couldn’t shake the feeling that Lucas was wrong and these bears and the human she’d been sent to befriend to their peril were not the enemies that she’d been lead to believe.  Especially Tom, for while it’s obvious he doesn’t trust her at all, it’s also very obvious there is an attraction between them that he is fighting tooth and nail.

Witnessing Savannah’s confusion about Tom, Nick and Jo, seeing the cloud of lies and deception slowly be lifted from her eyes made Saved By The Alpha Bear an enjoyable and emotional story.  The longer she’s around them the less she believes Lucas, and definitely when one big reveal is made then she knows her so called alpha is totally nuts and dangerous.  Her bravery in taking a stand against her leader was a strong point in this story.  Tom’s suspicions about Savannah were well played, especially remembering how he reacted to Jo in Adoring The Alpha Bear.

In all, I enjoyed Tom and Savannah’s story and had fun with the return of Nick and Jo in this one as well.  It’s a solid story, emotional at times and with the touches of insanity on Lucas’ part it was also well defined.  I’d recommend this story to any Paranormal Romance or Shifter Romance reader.  It’s intense, sexy and holds a unique charm.  There is another story in this series planned and I’m looking forward to that adventure.