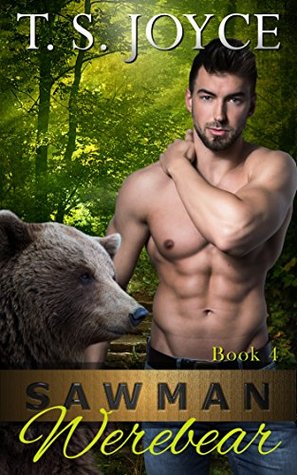 Brighton’s story begins with heartbreak.  When he and his twin brother, Denison were teens they had been abducted from the safety of their home and taken to a facility – a research facility where unbearable things were done to them both.  They survived, they escaped and exacted revenge on several key players on their way out of that hellhole.  But one man, the head man escaped their wrath.. back then.  But now Reynolds is dead by Brighton’s hand after Reynolds had threatened them, their crew and Denison’s mate.  Now all the memories are flooding back, the helplessness, the rage, the loss of his voice – it’s as though it all happened just yesterday.  Brighton is out of control, and he left his crew to go to his hideaway in the forest to rage and hopefully, one day, to heal.  Today he has a meeting in town with his Alpha.  Tagan may rip him a  new one, but at this point Brighton simply is trying to stay sane.  A shy, timid young woman approaches his table and asks to sit with him… of course, Brighton ignores her and she slowly moves away.

Shortly after the surprisingly good meeting with Tagan, the young woman suddenly slips from her chair as she starts to seize.  Brighton rushes to her side and makes the startling discovery that she is a shifter – a shifter who doesn’t seem to know that fact and is fighting the Change as her bear is trying to emerge.  Brighton makes a split second decision to quickly remove her from the diner, for her safety and that of the other customers as well.  It is a decision that will change their lives forever.

Everly is painfully shy, her self-esteem non-existent and she has absolutely no clue what is happening to her.  She never equated the unpleasant bite that her so called boyfriend delivered during sex as a way to make her a better partner (jerk – one we’ve met before) with what has been happening to her for the past six months – and she has the medical bills to prove that she’s tried just about everything.  But Brighton knows what she’s going through, and while his space has now been invaded by Everly, he’s not that upset about it.  There’s something about this young woman, she draws him and for once his bear isn’t raging, but is calmer around her.  He’ll figure all that out later, for now he has to help her through her first Change, explain what she is now… all the time using the whisper that is all of his voice that remains that cuts through his throat like glass shards.

Slowly Everly and Brighton begin to heal, finally release her bear, and will discover exactly what they mean to each other – even as Brighton fights it, believing he is unworthy of Everly’s affection.

I loved Everly and Brighton’s story.  We get a deeper look at what was done to the brothers in the research facility – a foreboding feeling begins to enter the series here as the hints that all is not right in the shifter world begin to emerge.  These two wounded, even broken souls are exactly what the other needs – true mates.  And it was such an enjoyable time spent with them as they overcame obstacles and embraced their happiness… well deserved happiness.

If you love Shifter Romance then this series (and all the connected series of Damon’s Mountains) should be on your reading radar.  Well told, suspenseful and down right sinfully sexy mates – what more can you ask from a really good series?