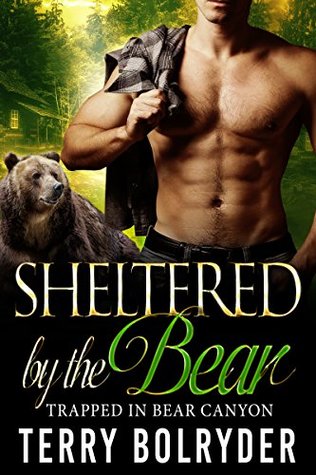 Riker Brolin has always been the responsible one of his brothers. Whether it’s watching out for the entire, tiny town of Bear Canyon or supervising the annual Brawl where bear shifters from all over trek to his mountain, he does it all without complaint. Well, maybe a complaint here or there, especially when a curvy human woman somehow wanders into Bear Canyon, drawing the attention of every hungry bear shifter in the vicinity, including himself.
Ana Johnson is having a rough week. While hiking for help after being abandoned in the mountains, she stumbles upon a strange camp and finds herself plunged into a world where men can shift into larger-than-life predators and curvy women like her just happen to be prey. All that stands between Ana and a bunch of hungry bears is a tall, rugged man with storm-gray eyes and a wall around his heart that Ana would definitely like to scale.
Riker knows his bear wants the curvy redhead with a kind smile for a mate, even as he vows to strictly protect her until she can leave. But Ana is determined to work her way into his heart and his arms, and after a few steamy encounters, he almost considers having a life for himself that he never imagined. But how could he ever expose someone as wonderful as Ana to the dark secrets that lurk in Bear Canyon?
Sexy shifters and their feisty mates who aren’t shy about loving each other – so, this is an adult, 18+ reader tale.
Titles in this series include:  Sheltered By The Bear

The Brolin brothers, Riker, Rock and Ryland.  Three sexy, amazing and messed up males, bear shifters, dealing with a legacy passed down from generation to generation in the form of a tiny town, and a week long bear brawl.  In years gone by, the week long brawl gave bear shifters of the mountain and surrounding area bragging rights for dominance on the mountain.  Modern day brawls are a competition, oh, the best bear still wants to win but now it’s bragging rights for the year and a hefty amount of prize money.  The yearly brawl has begun, the canyon is shut off to tourists and the bear shifters (and one wolf shifter) have control of this tiny spot of a town all to themselves… until one young woman wanders towards town and sees something she wasn’t supposed to see.  Life is about to change, and who knows if that’s a good thing or not.

Ana is not having a good day.  She’d discovered her boyfriend was indeed cheating on her as she suspected, and when confronted the jerk walked out of the forest leaving her abandoned behind at their campsite.  She knows there is a small town nearby, so she’s hiking to get to somewhere that her friends can come and pick her up and go home to rail against fate and jerks.  On the way she comes across what she believes is an outdoor illegal animal cage fight… ah, no.  And she is now in a ton of trouble.

Sheltered By The Bear brings us Riker, the eldest brother’s story in the first of the Trapped In Bear Canyon series.  If you’ve followed Terry Bolryder’s stories before you may find this one to be a bit gritter, darker and, if possible, even more intense.  These brothers suffered horrifically at the hands of their physically abusive father.  While he may be gone, the effects of the abuse remain long after.  None of them believe they have the ability to be a good mate to any woman, the scars run deep and it would be a very brave woman to take any of them on.  While Rock and Ryland have moved off the mountain out into that real world, Riker remains behind tending the small town, it’s people and the tradition of the brawl.  Riker never expected to actually find his mate, yet here she stood before him spitting fire from her eyes and standing up to him bravely, if foolishly.

Ana is a strong character.  While it may look at first as if she’s a pushover, don’t let first impressions fool you.  In her own way, she’s also been beaten down by a situation, one person and she’s coming out of that into something more her natural self.  Rock and Ryland are a major part of Ana and Riker’s romance.  This is a tight knit band of brothers, and even if it doesn’t always seem like it, they do have each other’s backs.  Ana has a lot to take in, she’s been given a huge information dump in even beginning to accept that shifters are real.  She’ll be placed into some tense and dangerous situations, fall in love with a man who turns into a bear and trust him to not break her heart… which of course he does through some serious miscommunication between the BOTH of them.  Never assume.  Haven’t we realized that by now? *shakes head*

This story is an excellent beginning to the series, and I wold highly recommend this one for any Shifter Romance reader who enjoys a more intense, slighter darker feel to a story than usual.  I am definitely looking forward to the next two books in this series.