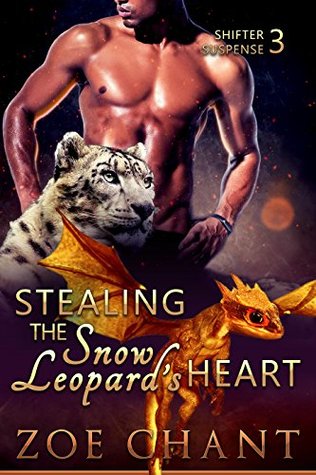 I try to keep up with Zoe Chant releases, I really do. – there are so many of them!  Yet it seems like this one got past me somehow – but that can be taken care of without delay and with extreme enjoyment.

I have many favorite stories, series, characters among the many Zoe Chant worlds out there, yet I can say without a doubt that Magpie or Maggie as she is often called is my absolute favorite shifter of all time.  This little dragon is going to wrap her tiny tail around your heart and not let go – just keep anything shiny or gold-ish out of her sight or it now belongs to Maggie’s hoard.

Keeley has run away from her past.  For the last decade she’s been safe, undetected, and away from the control of her criminal uncle.  But the past stays buried only as long as it’s convenient for those on the hunt.  And Keeley has been hunted down for one more job.  Only this time it’s going to lead her straight to the man who can protect her – if she’s willing to trust and tell him the absolute truth.

Lance and Keeley both have flaws, I think that’s what makes them so perfect together.  His may not be quite the same, but he is so focused and somewhat isolated at times that he cannot see what’s in front of him let alone the bigger picture – and that’s not good for the head of a Shifter private investigator operation.  Yet together they make a connection that is real and hopefully will stand the test of time.

There are twists and turns that you may not see coming in STEALING THE SNOW LEOPARD’S HEART.  Betrayal, hope, mates, and dragon eggs.  One of those eggs has hatched into the most adorable dragon shifter I’ve ever encountered.  To say that Maggie really steals anything shiny plus this entire story is an understatement.  I loved her and so hope to see her and the other dragons not yet hatched in their own series one day – because you can never have enough of Maggie’s mischief in my opinion.  I had a blast with this one and I’m betting that you will, too.