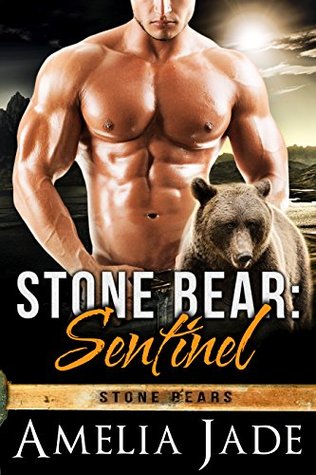 Stone Bear: Sentinel is an interesting concept.  It takes the role of “enforcer” within a community, a business to a different level.  This is an edgier world.  The shifters who find their way to Genesis Valley are on their last chance, if they cannot function here then they are ended.  For whatever reason they cannot make it out in the world, they can make it in this mining community… if they can fit in and be productive.  If not, then there is no where left to go but to their death.  Gabriel as a Stone Bear is an elite enforcer along with his team.  They are responsible for the pickup of the Dragon Stones found in the mines – and for other duties as well, those not so very pleasant.

Since this is the beginning of another offshoot of the Ridgeback Bears series, it may help to have read that series… but there is enough mentions within the dialog to keep you informed as to who people are and their story.  I’ve read two of the Jade Crew stories, and decided to approach this larger series from another angle of the Stone Bears.  Why?  Because I’m looking for a connection to these characters and their story – I want to enjoy these series and care about the people living in these stories.  I cannot put my finger on why I cannot connect or care about these characters.  I don’t know what it is and I think that is what keeps bringing me back, I want to decide one way or the other but I’m caught in that middle ground of… it’s a good story.  And I think I have to leave it at that.  A good story, gritty and dark but one that while I enjoy aspects of it, I’m not connecting enough to call it a favorite.  I will be picking up the next story in the Stone Bears series, since I do want to know what happens next.  So, yes in a way it has me hooked but I cannot tell you why.  I really prefer to be able to say yay or nay on a series and move on.. but I’ll keep trying until I get an answer that I can live with – which means more reading for me.  Not a totally bad thing. *grin*