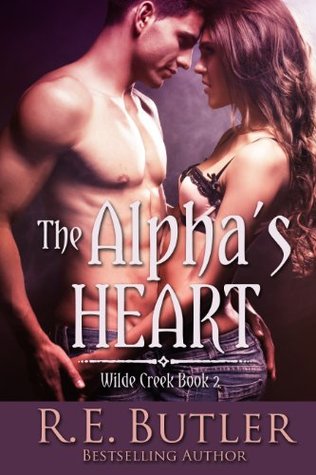 Alpha wolf Acksel wakes up one morning in the bed of the one human who was kind to him in school. Now, ten years later, Brynn Mara is snuggled up at his side, smelling like passion and sweet dreams. Even though Acksel has declared that his pack members can mate with humans from now on, he knows that any woman he takes as his mate will have a target on her back. Especially if she’s a fragile human. Deciding it’s better to cut things off than string her along when there’s no hope for a relationship, he leaves without a word and ignores her.

But it doesn’t matter if Acksel acknowledges her or not, because their night of passion has left a permanent reminder of what happens when one drunk wolf forgets protection. Angry, banished wolves from his pack discover Brynn’s secret and decide to use her against Acksel. His worst fears have come true, and the only woman who ever touched his heart is now suffering because of his mistake.

The Alpha’s Heart is an intense shifter romance with several plot lines woven throughout the story.  While there is a lot going on, it’s all related and doesn’t feel overloaded.  I will be completely blunt in saying that although Acksel will never be a favorite character of mine, he does come a long way toward being a more likable alpha during the course of his and Brynn’s story.

Soon after he’d made the first of many changes to the rules of his wolf pack allowing the members the freedom to love as a mate a wolf, other being or a human, Acksel found himself drunk and a bit depressed following a scent that would lead him to heaven, his mate.  Trouble was he was actually too drunk to know where he was ending up at, but certainly not drunk enough to find paradise in the owner of the sweet scent’s bed.  His surprise the next morning was the cinnamon scent of Brynn all over him.  A woman who he’d had a crush on since their school days, but was forbidden by his pack’s rules to pursue.  Well, he’d done more than pursue this time, and even though he’d changed the rules he knew that trying to make a future with this human would put a huge target on her back.  No, it was best if he just slipped away… trouble was he left something very important behind.

Brynn and Acksel’s romance gives a better understanding of the situation within his pack.  Who the trouble makers are and who those most loyal to him are… and who is a betrayer as well.  The different layers of this story make for a very intense, and intriguing romance.  The danger to Brynn is very real, as is the devotion that Acksel is feeling now that he’s acknowledged his mate.  It’s very easy to get caught up in the politics of the pack, the new members we meet who will have their own stories told one day and learning to live a much different life as an alpha female for a human.  The changes in Acksel are apparent.  Oh, the arrogance is still there but it’s tempered by love and understanding of being in a committed relationship himself.  Brynn has such strength that even she didn’t realize, her wisdom and compassion in taking on a new role shows everyone what an alpha female should be.  I enjoyed their story, even if I’m still not an Acksel fan.

I would recommend this story and this series – and because of the world building, the stories that flow from one book to the next I would highly suggest that these be read in order for the most understanding and enjoyment.