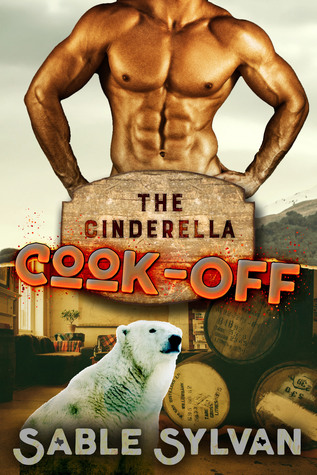 The Cinderella Cook-Off begins The Feminine Mesquite series with Alice and Herbert’s romance.  This series is a light modern day re-telling of some classic fairy tales with a definite spicy taste.  The Quincy sisters, Southern belles with the beauty, sass and strength of true steel magnolias and the Scoville brothers, true Nordic ancestry, polar bear shifers with the money, attitude and sexiness to back up any claims, will face off over the recipe to a secret hot sauce.  What happens next is pure fun.

Alice (Ally) and Herbert (Herb) are both the elder siblings of their families.  While the Quincy sisters have the legacy of their grandfather’s hot sauce company to put into repair, the Scoville brothers are under the mistaken assumption that the recipe for the secret hot sauce that is the base of Quincy family’s company was stolen from their grandfather, who was once best friends with Grandfather Quincy.  Unfortunately, Herb and his brothers make the worst arrogant, entitled impression possible on the sisters at the reading of their deceased grandfather’s will.  Which will soon lead to confrontations, a challenge and a courtship between Ally and Herb.

While The Cinderella Cook-Off in some ways sets up the series with some world building, it’s light enough that we really get right into the story.  Ally has the responsibility of the eldest – she has younger sisters to see through college, a floundering company to build into a success and the daily reminder in her dreams and thoughts of the man that should have been hers if only fate had been kinder to them both.  The last thing she needs to be dealing with is an arrogant, billionaire, Nordic god of a man trying to steal something from her family that was never his family’s to begin with.  To say they got off on the wrong foot would be an understatement.

We only get a glimpse of the younger Scoville brothers, but we definitely get a feel for the younger Quincy sisters.  I don’t think you could get much more Southern belle attitude unless you brought Scarlett O’Hara into the scenes.  I loved their closeness, how they stand up for each other, and even will grill a potential date.  Throughout the story we are reminded of the man Ally fell in love with one New Year’s Eve while visiting a friend in New York City.  It’s obvious that they are fated mates who were torn apart and haven’t found their way back to each other.  While we do get clues along the way that Herbert is questioning, Alice is completely clueless to the possibilities and holds true to her dream lover.

I enjoyed The Cinderella Cook-Off.  It’s a light, sexy, funny and tender romance with a Shifter touch.  I will definitely follow their adventures to see how this all plays out over the series.