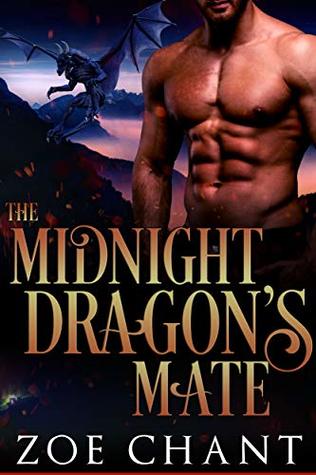 His worst nightmare could be a dream come true…

Single dad Lachlan only looked away for a second. And now his six-year-old son is gone, lost in the wild woods. It’s every parent’s worst nightmare…but most parents aren’t dragons. Mad with fear for his son, Lachlan is fully prepared to rip the whole forest apart to find him…

Botanist Cam likes peace, quiet, and all the things that little kids aren’t. But when a lost little boy stumbles into her research camp, of course, she’s going to look after him. Especially since these woods are pretty weird, and who knows what could be lurking out there in the trees. Not that Cam, a career scientist, believes in the supernatural.

Until that is, the dragon shows up…

Suddenly Cam finds herself caught up in a whole world of magic, devoted family, and even potential danger. She’s always been determined to stay married to her career, both feet firmly on the ground. Can she let go of her fears, embrace Lachlan and his son, and fly?

THE MIDNIGHT DRAGON’S MATE  is the second story in the Shifter Dads series where we first met Lachlan.  The tensions between the shifters of Oak Ridge and the villain are growing stronger and sooner or later something will have to give.  And there will be confrontations but this time we have Lachlan, Aidan, and Camellia meeting under unusual circumstances – every parent’s worst nightmare when they look away for just a moment and their child is not where they should be.

Cam is a scientist studying unusual plants in this small, almost hidden area near her friend’s home.  The last thing she expected to break the silence around her was a little boy’s questions – or the appearance of a very worried father, worried enough to let a human see his shifter form.  Everything that Cam has known for certain her entire life has just flown out the window, or perhaps, just landed in this quiet, remote field.  Cam believes in facts, things that can be proven but what she’s just seen defies all logic and science.  Her life is about to change in more ways than she can imagine.

Single dad, Lachlan was terrified when Aidan wandered off and without thought, he took to the skies.  He didn’t expect Aidan to be with a human woman or to reveal himself but surprisingly instead of running in terror or fainting away, Cam had questions – so many questions, just like his little boy.  His fascination soon turned to much more when he realized just what Cam is to him.  Now he has to convince his love-shy, never going to be tied down mate that she’s safe and free with him.  And that’s not going to be easy.

It was so easy to fall back into the world of THE MIDNIGHT DRAGON’S MATE.  I enjoyed the banter between Cam and Lachlan as well as the sizzling chemistry.  Aidan is a delightful little boy – and maybe we’ll see him again down the years of time and see how his new friendship with Cam’s friend Lila’s daughter turns out.  Yes, I do think longterm.  *grin*  Once again Victor shows his nastiness and his madness is increasing.  I got a few chuckles from Flynn’s reaction to Lila and I’m wondering if they will be our next couple – time will tell.  I had a blast with this story and got to catch up with characters from the first story in the Shifter Dads series as well.  If you love a smart lady and a sexy dragon figuring out how to make their relationship work, then you’re going to love Lachlan and Camellia’s story.