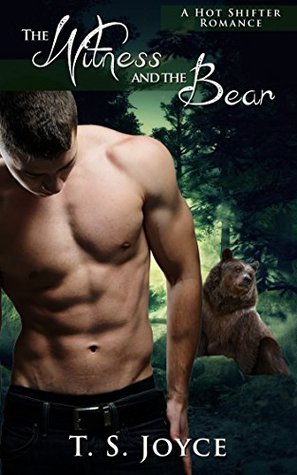 Hannah Michaels is on the run, and the protection detail assigned to her case have her wondering who, or what, she’s trusting her life with. After testifying against a criminal with a long reach, her days are numbered if her handler, Jeremy, can’t find a safe place for her. Out of options and with nowhere to go, she’s dropped off in the Big Horn Mountains of Montana with a duffle bag of her belongings and little explanation.

Jeremy swears she’ll be safe in this wilderness sanctuary, but when she meets Benson Riker, leader of the bear shifter clan of Big Horn Valley, she doesn’t feel safe at all. In fact, the man is just about as feral as they come.

In a bout of especially bad timing, she accidentally vies to be mated to the alpha, and no matter how much she tries to escape the competition for Riker’s affection, he is having none of it. He cites upholding clan law as his reasons for wanting her to stay, but the hungry look in his eyes says it’s more personal than that.

Weathering deep secrets and danger from all sides, she’ll have to decide if Riker is the shifter who deserves her heart.

Shifters and their mates have no qualms about expressing that love physically – a lot.  So this is an 18+ reader story.

Read on for my thoughts on The Witness and The Bear.

I admit, I came to this series  a bit late.  I’d recently read a Valentine story related to this series and decided to go back to the beginning before doing that particular review.

The Witness and The Bear brings aspects of Shifter life to the reader in a slightly different manner.  In this series there are clan rules and dictates that are, even to the characters involved, outdated and archaic – yet, they are the way the clan has functioned for generations.  So while, I wasn’t exactly thrilled with the way parts of the story where the clan rules came into play – I also didn’t let those rules keep me from what is actually a good story.  It’s not my place to create this world, that privilege belongs to the author.

Hannnah has had her life turned upside down – her sister dated the wrong guy, and he brought trouble and chaos into their lives.  The result has placed her into the Witness Protection program for testifying against the man who ordered the hit on her family.  But she hasn’t been safe, even though this evil man is in prison his reach is long and lethal.  At this time, Hannah has been shot at, injured and killed a man who was ready to put a bullet into her brain.  Seems reason enough to me to defend herself by shooting him first.  Once more on the run, Jeremy, her protective bodyguard has made a choice to take her to the one place where he is no longer welcomed, but where she would be safe until he can find the informer within the police who is giving away her location.

Although Hannah is confused by the secrecy of this location and doesn’t understand why the man Jeremy trusts will not allow her to stay, she’s rolling with the punches now and ready to be on the run once again.  Even though something about that man, Riker, opens up a yearning in her to be at his side, a deep felt sense of being safe only when he’s near… she fights against that instinct when he wants nothing to do with keeping her safe.

When to her disbelief, Jeremy kicks her out of the car at gunpoint and tells her to make her way back to Riker… she is stunned at the betrayal, angry at the one man she’d come to trust and so freaking scared.  She will wander the wilderness until she hears roaring, cheering and a commotion in one direction that she follows… right into the middle of a bear shifter’s clan ritual for Alpha – and being tossed into the ring herself as a potential mate for this Alpha…Riker.

Riker and Hannah will be put through test after test for their love to survive not only his clan’s rules and secrecy but also another betrayal that seems to point to Riker putting the good of his clan over the woman he fought for to keep as his mate.  The plot twists and turns with a sense of unease throughout the story.  The reader is left until the very ending to understand some things that are happening – and to discover even more of Riker and Hannah’s secrets.

I enjoyed The Witness and The Bear.  Yes, the dynamics of this clan is different than other Shifter Romances I’ve read – but that only made this one a bit more edgy for me.  Not knowing the rules leaves the reader on their toes to understand why, when and if true love is possible for this couple.  I would recommend this for Shifter Romance lovers – with the note that you’ll have to be willing to put aside your preconceived ideas about Shifter Clans and allow for some differences that you might not be used to or even, comfortable with.  But give it a chance, you may discover a new series to get wrapped up in – I know I have.