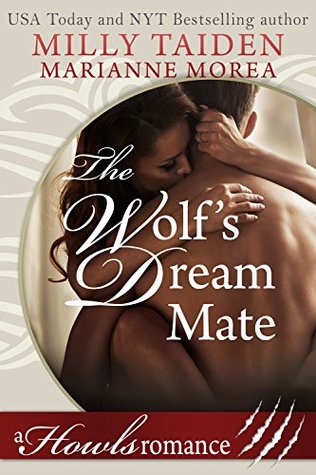 Nicknamed the big bad wolf, Dr. Paxton Noble is a sexy shifter notorious for his bedside manner and nocturnal activities. When an unidentified woman is rushed through the emergency room doors, his life is turned upside down. Something about her scent stirs more than just his libido. She stirs his wolf. She’s unconscious and now he’s compelled to figure out why and wake the sleeping beauty.

Evelyn Grisham is no princess, but the unsuspecting woman is a pawn in a game that’s left her comatose. Attacked in the park, this feisty cat isn’t taken down by a pricked finger on a spinning wheel, but a syringe filled with venom. Now, Evie is stuck in a dream world that only Pax can enter.

Pax wants to do more than wake Evie. She’s his mate. He has to figure out how to bring her back. The twist? An unexpected connection that brings reality into dreams with a lot of paranormal steam comes to the rescue. He’ll have to use all his smarts to wake his beauty, before dreams are the only communication they have.

The Wolf’s Dream Mate is super hot, most definitely sexy and provides a unique situation for our mated pair.  A chance encounter, spilled coffee,  a hospital’s page and the elusive, beautiful woman that Pax was just getting to know disappears.  Only to end up in his ER, attacked and now comatose but with a familiarity that keeps Dr. Noble digging for answers.  Answers that will surprise him beyond his imagination.

I don’t really want to get into much more about the story for the twists and turns of this romance should be experienced first hand.  I can say that this is one of the sexiest shifter romances I’ve read in a while… and that’s saying something.  But it wasn’t the sex, but the connection between Evie and Pax that captures the imagination and the emotions.

I really enjoyed this one and would recommend it for any Paranormal Romance or Shifter Romance reader who likes those unexpected twists, touches of suspense and setting aside what you think you know about shifter romances.  It’s a story that will touch your heart and one well worth your time in this world.