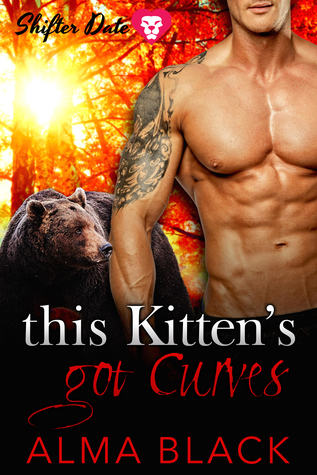 Rachel doesn’t want anything serious. Sassy and curvy, she loves the dating app. Shifter, but is only down for a one night stand. Broken hearted and stuck in a dry spell, she’s looking for an alpha male who will be her ultimate fantasy–the best hook up she’s ever had, but nothing more.

Gareth wants to mate for life. As the alpha of his pack of bear shifters, he has very little time to fulfill his mate challenge. Find a mate, or lose his position as the alpha.

When he sees Rachel on the dating app, his mating instinct goes wild. Rachel’s sassy lion eyes, her curves for miles, and her loving heart makes her a shifter he can’t resist. But can he and Rachel mate for life? Or will her past keep her from her fated mate?

Gareth is running out of time to find his true, fated mate.  If he hasn’t found his mate before his birthday anyone from his clan can challenge for his alpha position.  And while he’s not worried about the challenge, there are some younger bears who have attitude and the guts to try, and he has no desire to destroy those he cares for and is their leader . His world is changing rapidly, with the recent murder of his father, and former alpha and the growing unrest put forth by the radical group Power Shift in their hatred of inter species mating.   His last hope is a dating app that he really holds out little hope for, but desperate times call for decidedly desperate measures.  When a photo suddenly seems to reach out and grab his heart (and other anatomy) Gareth knows he’s found his mate – now, to win her over and capture her heart as well.  Easy as dipping honey from the hive… yeah, right.

Rachel was absolutely done with long term relationships.  She’d learned that lesson from the cheating scumbag who was supposed to be her mate.  What a loser.  While she’d given up on men totally for awhile, that couldn’t last because frankly she liked men and sex too much for that to last.  But why couldn’t she be as free as the men were, why couldn’t she be looking for hookups to scratch an itch and then walk away with everyone happy and no broken hearts.  The Shifter Date app was perfect for her plans.  No entanglements, no strings, just a really good time.  Too bad that the man who caught her attention the most was the sexiest thing she’d encountered in, well ever.  And he was looking for long term, oh well.  But he was smart enough to really get her attention and let him court her.  If nothing came of it so be it, but maybe she’d change her mind once she saw what a real man, a man with honorable intentions could do to her libido… and her heart.

As Rachel and Gareth’s romance unfolds, unrest, deceit and foul plans are being plotted in the background… watching, waiting for just the right moment to strike.

This Kitten’s Got Curves is a sexy, steamy, intriguing Shifter Romance.  From the previous novels we know just what a danger Power Shift is, and they’re growing stronger and bolder.  There is a nicely played out danger lurking, watching over Rachel and Gareth.  While we suspect who and what that is, the buildup to the reveal is well played.  I liked this couple.  They are certainly steamy, but both have vulnerabilities that the other can lay to rest, if they are allowed to get close enough.  When danger strikes, Gareth will have the fight of his life on his hands – and his mate will be right at his side.

If you enjoy Shifter Romance, then I believe you’d enjoy this title and this series.  A good, solid story with likable characters and a wealth of secondary characters to make this world come alive.  I would suggest that you read this series in order (if at all possible) for there is one main story thread woven throughout all of the books.  Reading in order will bring the entire experience alive much easier – but it’s not absolutely necessary, only suggested.