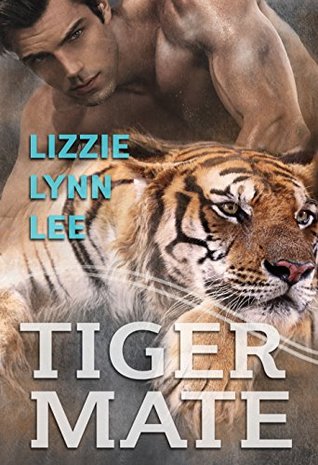 Rookie journalist Viola Norris has been assigned a story about a mysterious introvert and enigmatic billionaire Derek Chandler. Her boss wants her to come back with something scandalous to either debunk or feed the rumors that swirl about what goes on inside Derek’s fortress-like mansion on Bear Mountain.

As outlandish and silly as the rumors about slaves and tigers as pets really are, Viola is determined to get to the truth, even if she has to sneak her way into the mansion. But an unexpected blizzard and a careless driver send Viola careening off the mountain road.

Lucky for her, a gorgeous stranger named Rick saves her from becoming a human icicle and brings her to his cabin. This tall, dark, and handsome man wants her, and Viola can’t seem to stop herself from giving in. But how did he carry her through a blizzard? And why does she ache so badly for the touch of a man she barely knows?

Rick fiercely protects his recluse reputation.  For several reasons, the main being his tiger.  But as with anyone who is famous, the rumor mill works overtime making up totally ridiculous stories about him.  It is those outrageous rumors hat have brought Viola out to his remote mansion in a very bad snowstorm in the hopes of getting an interview for the tabloid she works for.  She knows what her boss wants which is just stupid crap, but hey it’s a job that pays the rent for now at least.  When a reckless driver takes up the middle of the road instead of his lane and Viola overcompensates in getting out of his way that her car spins out of control and she crashes on the mountainside.

Enjoying the solitude of the snowstorm, Rick is out in his tiger form when he sees in the distance the car crash take place.  He cautiously approaches the wreck knowing that the female inside is still alive.  Peeking into the window while still in his tiger form shows him that the female is slightly injured but mostly simply trapped.  With the storm increasing, Rick makes a snap decision and shifts into his human form… and hopes that he can explain away his naked state as part of the female’s shock and injuries.  He soon discovers that he’s found his mate – and he will do everything in his power to protect and care for her.

Tiger Mate is the first of Lizzie Lynn Lee’s works that I’ve read, and she has a huge list of titles.  I enjoyed my time spent in her world.  This is a fast paced, short, very steamy and sexy romance.  I’m going to be frank and say that I, personally, like a more complicated, outside of the sexy moments kind of a story.  While Derek (Rick) and Viola do have a story to tell, there are definitely enough steamy moments to satisfy any reader.  In fairness, I cannot say that I’m going to immediately add her to my “go to” list of auto buy authors… but I will be picking up more of her titles in the coming weeks and will see how our author / reader relationship develops.  It’s funny how we readers have our own “Dating Dance” we do with new authors, but my interest is captured so we shall see how it goes.

If you love steamy, sexy Shifter Romance, then you’ll enjoy Tiger Mate.  And, yes, I know that I’m showing two different covers here – if you’re like me and often pick up books from Amazon by recognizing the covers you’ve read before reading the blurb… that is why I show both, just in case you’ve come across this title before.