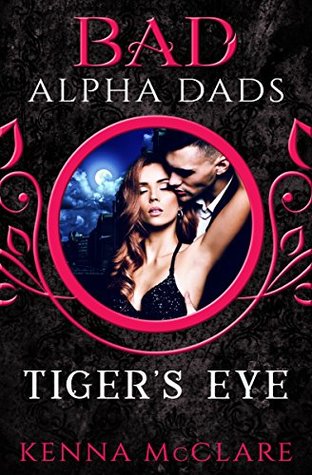 Daniel Page is a hit man in New York City. When a kill goes wrong and his boss finds out he’s a tiger shifter, Daniel is commanded to turn his fellow hit men into tigers. He refuses.

Unfortunately for Daniel, his estranged daughter Meredith carries the gene as well, and the men he works for know how to find her. But Meredith has a guardian of her own…a lion shifter by the name of Catherine, a woman who makes Daniel burn.

It’s an all-or-nothing gambit; gain a family, or lose everything in one fell swoop.   Daniel doesn’t intend to lose.

At this time Tiger’s Eye is a solo, stand alone title… should it turn into part of a series in the future that information will be added.

Daniel was viciously bitten and forcefully turned against his will.  He has no idea what a true Shifter is and believes himself a dangerous monster – especially after an accident kills his wife.  He puts his infant daughter into the hands of his parents and leaves wanting her to believe that both her parents are dead, for his greatest fear is harming his precious daughter as well.  Years pass, Daniel gets himself a rather dubious new profession – and when he cannot deliver what his boss wants… life gets extremely complicated.

I enjoyed Tiger’s Eyes, as it’s the first story by Kenna McClare I’ve read and I will keep an eye out for more in the future.  Daniel, Catherine and Meredith are all well drawn characters, believable and quite easy to care about.  The villains in this one are nasty, immoral pieces of crap who truly get what they deserve… eventually.  The romance is lighter, there is definitely more action, but Catherine knows that Daniel is her mate – Daniel has no clue what a mate is, he has so much to learn.  And Catherine’s the right woman to teach him.

I had fun with this one and would recommend it to any Paranormal Romance or Shifter Romance reader.