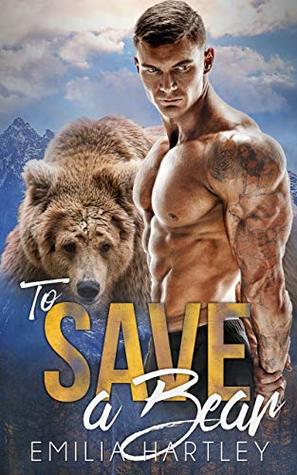 Sometimes it takes a drastic event or a special person to shake us out of what we accept in life to going after the dreams of our lives.  For Addison, that moment was the day of the bank robbery when if not for one man things could have gone so much differently.  She realized finally that someday was never going to arrive until she made it happen.  So she quit her job, left her apartment in town behind, and headed to the remote hills to live her dream, to create worlds with her words and her imagination.  If she had known who owned the cabin she hoped to rent she might have hesitated on this plan, but fate works in ways we often discount… and her fate lived behind those doors.

Reid may have been one of the quieter, outwardly more composed of this crew of bear shifter lumberjacks, but looks can be deceiving.  Reid’s control over his bear was at the breaking point.  What others took for quietness, in reality, was a man barely holding on to his sanity.  He stepped into dangerous situations because it was the right thing to do and because it gave his bear meaning on the good side of life.  The bank robber could not be allowed to harm the bank teller Reid often made excuses to come to the bank to visit with.  So he stepped in and took a bullet that might have found its mark in her.  He didn’t see his actions as that big of a deal, yet knowing that Addison was safe for one more day quieted his bear.  The last thing he ever expected was to find this sweet woman at his cabin or to offer to rent her a room until the crew left town.  There really is no denying fate… but Reid will try his best until the danger to his mate goes beyond what he or his bear can accept.

“To Save A Bear” is the second story in the Lumberjack Bears series.  Addison and Reid seem on the surface to be so completely different in just about every way… but they work together, they bring out the best in each other.  There is danger brought forward from the first story to be dealt with, such stubbornness on Reid’s and Addison’s parts, getting to know this crew a bit better, and a few surprises as well.  I enjoyed being back in this world once again with a story that kept my attention and gave me some chuckle out loud one-liners to enjoy.