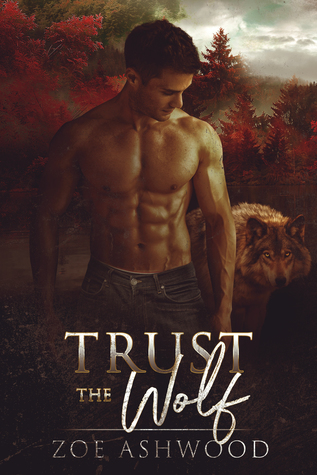 You never forget your first wolf.

Emilia’s first encounter with Jason is memorable: it’s not every day you see a stranger change into a wolf. Her attraction to him is undeniable, but the secret he shares shakes the foundations of her life.

Jason’s need for Emilia unnerves him. It’s his job to report shifters without proper ID, yet he can’t make himself do it this time. The decision bites him in the tail when he discovers exactly who she is. He must keep his distance—or there will be hell to pay.

Their fates entwine when rogue shifters learn of Emilia’s identity and will stop at nothing to get to her. Emilia and Jason will have to fight together or risk losing everything.

But most of all? Emilia must learn to trust the wolf

This title is an adult, 18+ story which includes violence, language, and sexual situations geared to an adult audience.

“Trust the Wolf” is Zoe Ashwood’s debut novel and the first full-length story in her Shift series.  From the first chapters, Emilia’s and Jason’s story will grip your emotions and not let them go until the end.  There is a prequel, “Bearly Married” which I would strongly suggest you pick up – and if possible, read before you immerse yourself in this world through “Trust the Wolf”.  I was watching for the connection through the first chapters, and while the story was tantalizing I wasn’t seeing that connection until… “BOOM” right in my face, and it made absolutely perfect sense.  Now it would be just as tantalizing without reading the prequel, but that moment just pulled it together for me and I was off on an amazing adventure.  Do you have to read the prequel first?  No, of course not… but I firmly believe it will enhance your reading enjoyment of this series, in my opinion, should you do so.

Emilia is thrust into a world she had no clue existed and fighting a strong attraction to the handsome official who tried to explain it to her.  Jason’s job is to report and detain unregistered half-bloods, shifters who may not know what they are but still must abide by the rules of the Shifter Assembly.  It’s obvious that Emilia is in danger from the shifter rogues, and also obvious that she is completely clueless about what she is, or that shifters even exist in her view of the world.  That quickly changes when Jason, against all logic, simply shows her what the truth looks like.  And even more illogical is his reluctance to report her, deciding instead to slowly ease her into this new world on his own.  The attraction is strong… but Emilia is not what either she or Jason believes her to be, and that knowledge is going to head them both straight into danger, intrigue, politics, abduction attempts, finding her true family… and maybe even acknowledging her mate.

I was easily drawn back into this world with a story that touched my emotions, kept my attention and left me wanting to know more… and that’s what a good story should do.  If you like discovering new authors or getting in on the beginning of a fascinating series, then I’d highly recommend that you check out “Trust the Wolf” for yourself and discover both a new series and a new author to follow.  I completely enjoyed myself in this world and I’m looking forward to the next story, “Truth or Bear”, which is due out in February 2019.