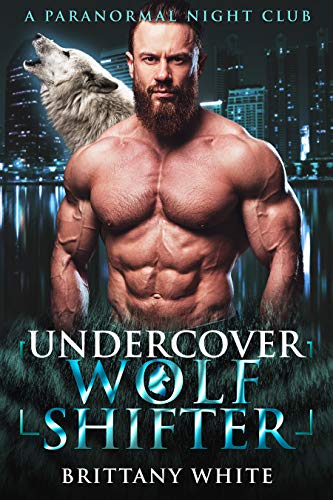 A hot-blooded dragon princess is forced to marry a monster. A wolf shifter cop with nothing to lose.

ALIX
I’ve always been in love with Zack, ever since we were kids. We grew up, grew apart, and he left our shifter world to live with the humans. I never wanted to be with anyone else. I’d stay a virgin for the rest of my life if I couldn’t have the one I wanted.

But Vardok Caligo had other plans for me. He was a monster, a king who would destroy my family’s lands in a heartbeat. And he wants me to marry him…or else everyone I love will die. When I ran away to my brother’s nightclub in New York, I never expected to find Zack again.

Now he’s the only chance I have to escape the nightmare Vardok has created.

ZACK
She was just a kid, my best friend’s little sister, but I secretly loved her anyway. Alix was literally a princess. I was a wolf adopted by her family. It’d never work out. So I moved on and moved away, spending my life looking for the one woman who could replace her. No one ever did.

When she turns up in New York, it’s like a second chance. She’s more beautiful than ever. And more demanding. But I’ll move Hell itself to keep her safe. And if that means falling in love with her along the way…then sign me up.

Undercover Wolf Shifter is the second title in the Paranormal Night Club series – and I’ve some binge-reading to do in order to get caught up, but that’s no hardship when the stories are as good as Zack’s and Alix’s.

We met Alix in her brother Brady’s story, Into the Dragon’s World, and frankly, she wasn’t my favorite of all time characters in that story.  Back then Alix was uppity, rude, and not very nice to Brady’s mate, Casey.  But then when we realize what Alix is facing now, and how she’s always loved her brother’s best friend who went off into the human world without her… well, that lets me see her attitude a bit differently.  And it didn’t take long into the story before I was fully on Alix’s side, cheering her on, and perhaps smiling at her discoveries in the human world.

Alix never intended to marry.  She’d thought her father understood her reasons and had stopped pushing alliances at her… but that was before Vardok showed up and claimed her hand in an arranged marriage that her father did not deny.  She didn’t know all of the details but she also wasn’t sticking around as she made her way to the Arch that would take her, at least temporarily, to the human’s world and the comfort of her brother.  Alix didn’t expect to run into Zack on top of everything else that was happening in her life.

While Brady and Zack went back to Brady’s homeland through the Arch to discover exactly what was going on they learned vital information that was kept from Alix.  And, frankly, I’m of two minds on that decision, I understand both sides while still bristling somewhat at the men keeping the woman out of the important information she needed to be prepared to fight or surrender.

Zack and Alix fit so well together, even though we always have a feeling of lovers about to be torn apart through most of their story.  Vardok is vile and a very worthy enemy to battle.  Watching this couple admit their love for each other while desperately trying to find a way out for Alix was an emotional, enchanting journey.  I enjoyed being back in this world and will definitely be catching up on the series.