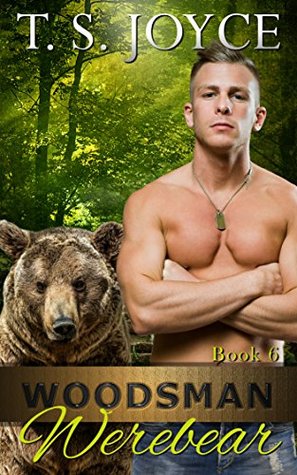 Riley Miller is on the run. In an effort to do something nice, she lands right in the middle of danger. A trek to the wilderness will put her under Damon Daye’s protection, but it’ll also dump her in the direct path of one sexy, snarly lumberjack werebear, Drew. His interest is stirring up feelings she’s forgotten exist, but she can’t get too attached to him. She has two weeks to spend in the mountains, and after that, she must leave to reclaim her life back in the city. But the Ashe Crew isn’t making it easy on her. Here, she could find the life she’s been looking for if only her demons would stay in her past.

Drew Hudson is losing his mind. Coming off a devastating loss, he’s doing anything he can think of to keep his inner bear from going stark raving mad, including risky stunts that threaten to expose the Ashe Crew as bear shifters. When a chance encounter with a sexy hitchhiker settles his animal side, he can’t help but wonder about all the secrets Riley Miller is keeping. But when her past unravels little by little, he’ll have to take control of his animal in order to protect her.

And if he can allow this selfless, mind-consuming, tough-as-nails human to soften his heart, he just might find himself again.

Riley is on the run to the one place where she believes she’ll be safe, at least for a little while.  As the surrogate for Diem and Bruiser Keller, Riley was only weeks from her due date.  When her totally crazy, abusive ex-boyfriend showed up on her doorstep – even after she’d testified against him and he went to prison – claiming the child she carried as his, she knew that she had to run fast to the people who could offer protection… the baby’s true parents.

Drew is in trouble and he knows it.  He and his bear are so close to being completely out of control that the fear of his Alpha putting him down is very real in the back of his mind.  Yes, he recently lost his mother to death’s cold hands, and that had torn him apart.  But when he became a danger to himself and others something would have to be done.  He never would have believed that picking up a hitchhiker by the side of the road would change his life forever.  Until he realized that the bedraggled female was his mate.

Riley and Drew’s story is so touching on so many levels.  Riley is a woman who fought to become a surrogate in order to give back something she felt she had taken.  She cannot help but see the love that Diem and Bruiser have for their unborn daughter, but sadly she does too and she knows that to look at that sweet face would kill her.  Sacrifice rarely comes without pain.

Drew knows that Riley is it for him.  She not only soothes his bear, but she gets him as well.  He needs to find the way to get her to stay once his friends’ baby is born.  The Ashe Crew has already accepted her as one of their own – now Riley has to make her choice and discover a way to remain with Drew without being torn apart seeing Harper every single day.  There is a way, she simply has to be brave enough to take on the challenge – love is strong but is she willing to take that chance.

Love Shifter Romance?  Then Woodman Werebear and this entire connecting group of series is perfect for you.