Destiny and the Dragon by Sloane Meyers 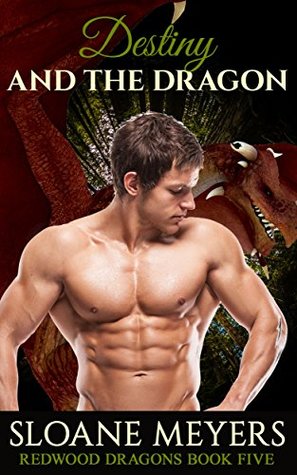 Dragon shifter Finn Pars can’t wait to get started on the mission of a lifetime. He’s been chosen as one of the elite four—a group of dragons and wizards charged with finding the powerful dragon amethyst stone. But despite months of careful preparation, the mission begins to fall apart almost as soon as it begins. An attack by dark wizards forces the group to retreat before any real progress is made. The fate of the world hangs in the balance, and it looks like that balance is tipping hopelessly toward the side of evil. In the midst of the chaos, a human woman gets tangled up with Finn’s crew. The human is smart, beautiful…and shocked to her core to discover that shifters and wizards exist. The old wizards want nothing to do with her, but Finn senses there is more to her than meets the eye, even if she is only human. He saves her from certain doom at the risk of his own life, not knowing that she might have the one key piece of information that could save the entire world. All he knows is that the more time he spends with her, the more he can’t get her out of her head—and the more he feels like their hearts were destined to meet before they were even born.

Anya Steele has been on thousands of wilderness excursions in her lifetime, and she thinks she’s seen it all. Turns out, she couldn’t be more wrong. When she crosses paths with a group of hikers who are hiding an incredible secret, she’s thrown unceremoniously into a world of magic, shifters, and war—a world she never asked to be a part of. But one man in that world, the handsome Finn Pars, quickly captures her heart. The more she tries to deny her feelings for him, the stronger those feelings become. When she realizes that her past holds the key to protecting his future, she knows that they were fated to be lifemates. But they will never have a chance at a life together unless they find the dragon amethyst before the dark wizards do, and time is running out…

The search for the amethyst dragon stone is heating up, and it seems that Saul’s evil army is gaining strength.  It’s up to this small group to find the dragon stone in time but it looks as if their search is going to get a bit more complicated.  Everything you really need to know about the background of this story is in the cover description.

Finn and Anya’s romance is perhaps one of the milder stories in this series thus far.  Anya is a unique character and she adds much to this group of shifters and wizards, even if she is only a mere human.  No one thought that the human among them would actually be the final key they needed.

Destiny and the Dragon was an entertaining story that moves the lore and this series along nicely.  I would recommend this story and this entire series to any Paranormal Romance or Shifter Romance reader.