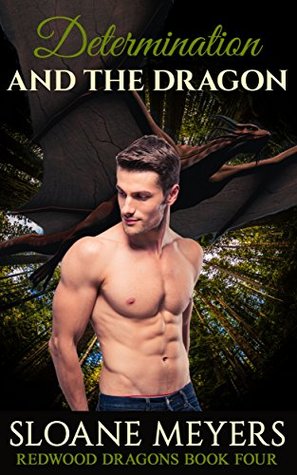 Wizard Advocate Harlow Watkins is determined to show the people of Falcon Cross that she’s got what it takes to turn things around in the war that’s ravaging their clan. With brains and beauty that far surpass all the wizards around her, she’s on the fast track to success. So it’s no surprise to her when she’s given a mission that, if successful, will allow her clan to take the lead in the search for the dragon amethyst—which they must find to win the war. The only problem? Her obnoxious coworker, Myles Pars, is going with her. Sure, he’s smart and sexy. But she can handle things just fine on her own, thank you. Harlow does her best to ignore him, but she soon finds out that’s hard to do when she’s alone with him in the trenches. Despite her best efforts to convince herself otherwise, she finds herself falling for him. And despite her insistence that she doesn’t need anyone, she might need Myles to save her life before all is said and done.

Dragon shifter Myles Pars is known in his clan as the “easygoing” dragon. He’s friendly, and gets along well with everyone. Until Harlow. When he’s forced to work together with the most stubborn woman he’s ever met, he finds that even his extraordinary limits of patience are tested. But is it really her stubbornness that’s driving him crazy, or her beauty? He can’t figure out why he can’t get her out of his head, and when she’s sent on a mission into the heart of enemy territory, he’s sure as hell going with her. He knows she needs him to protect her. He just didn’t realize that he needs her, too.

After the recent attack on Falcon Cross, and the discovery of who the leader of the enemy forces truly is the need to find the remaining two missing dragon stones becomes even more important.  The Advocacy Center is a frantic nest of advocates, wizards and really anyone else who can be spared to do research on the location of the dragon amethyst and dragon ruby.  Both have been so well hidden throughout time that finding them seems an impossible task, but they simply must be found.  Myles, a Redwood Dragon has remained in Falcon Cross to lend his expertise in the search.  Soon he’s sharing, unwillingly, office space with a newly promoted Advocate, Harlow.  She’s beautiful, stubborn and intelligent beyond her years… and also a pain in Myles’s backside.  While they have an uneasy truce, with a few mumbled grievances, it’s not until Harlow makes a surprising discovery that tempers truly flare… and lives are changed.

Determination and the Dragon takes us further into the search for the dragon stones, and further into the dark magic that Saul is so willing to toss around in his efforts at world dominance.  Myles has always been considered the easygoing dragon, but his patience is at an end with Harlow.  She may be smart but she’s stubborn enough to get herself killed.  When they are paired up for an important mission Myles and Harlow have to put aside their differences and work together.  Myles simply never thought that this beautiful, annoying woman would turn out to be his lifemate.

Full of intrigue, danger, magic fights and a few new faces, Determination and the Dragon is a fast paced, tense story with two likable people who both are too stubborn for their own good.  I liked Myles and Harlow together, and their story brings the series a bit further forward as the race to find the dragon stones intensifies.  If you’re following the series you’ll find some key elements in this story.  If you’re not.. then you should be for this is an intense, sexy and enjoyable combination of magic and shifters.  One I believe any reader of Paranormal Romance or Shifter Romance would love.