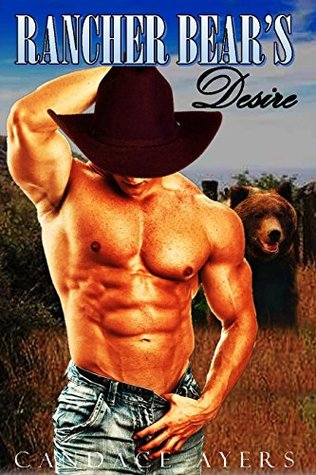 John has felt his entire life that he’ll never find his mate, so it’s not unreasonable for him to think that maybe Mandy might do as a life partner.  Right up until her newly hired assistant breaks into his house and his heart.    So here she was – the mate he never, ever believed he’d meet.  And to make matters even more complicated she wants no part of him… well aside from a quick romp.

Bunny is facing her first job after the divorce from that jerk-face who claimed that every thing in a skirt might be his true mate, so he just had to try them out, even if he was still married to her.  Yeah, right.  A nice way to say cheating, scumbag, bear shifter ex-husband.  She wants independence, freedom and never again to be shackled by any man, let alone a bear shifter… again.  John might make her mouth water, and her skin tingle but she wasn’t buying this mate thing.  No way.

I believe Bunny is the most stubborn of all the brothers’ mates.  She’ll bring heartache and physical pain to them both in order to prove her point – which cannot be proven because they are mates.  But it’s going to take time and a special message delivered in an unusual way to get her to change her mind.  I enjoyed Rancher Bear’s Desire, John and Bunny make an interesting couple… if a very stubborn one, on both sides.

This brings this series to a close… for now.  There is a Christmas story yet to come and I’m going to go check that out right now.  I love Christmas stories no matter the time of year.