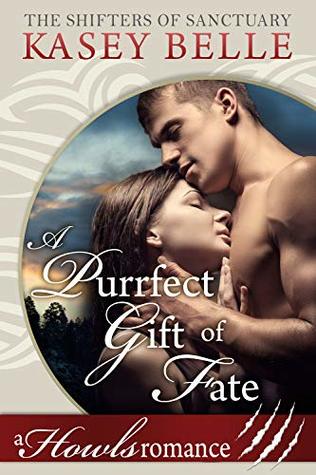 Danika Paulson thought she’d found her fairy tale. She thought wrong. Her marriage ended up being a living a nightmare with no chance of escape. Until a stranger knocked on her door and offered her sanctuary. Danika gained her freedom and a new start of herself and her son, Jack. She vowed to never tie herself to another man, again. It wasn’t worth the risk. Racine Kingston has her rethinking her stance on relationships. Could he really be as perfect as he seemed?

Racine Kingston knows loss and loneliness. Not much he can do about the loss but finding a mate would cure his loneliness. However, after a lifetime of searching for the one woman meant for him, he figured the chances of finding her are slim. Not every shifter is blessed with a gift of fate. When he heard about the veterinarian position at Black River Clinic through the shifter gossip grapevine, Race jumped at the chance to leave L.A. for quieter pastures for himself and his best girl, Nala. He never imagined all he needed was a change of scenery in order to find his mate.

Race fears for Danika and Jack’s safety, when her old life returns to Sanctuary. When it tries to reclaim her, it’s up to Race and the Shifters of Sanctuary to save one of their own.

Titles in The Shifters of Sanctuary series include:  Resisting His Irish Spitfire – His Foxy Lady – The Grizzly Bear’s Barista – A Purrfect Gift of Fate – Catching Her Wolf – Finding His Family –

We met Danika and Jack when Storm and the other shifters with their mates saved them from an abusive situation, giving them shelter and friendship.  At that time I knew that Danika would find a mate among the shifters but it would take a very special man to see her through what had been done to her and her son.  Race is that very special man, a man who has been through his own hell and come out on the other side.

I enjoyed A Purrfect Gift of Fate very much… however, I would have enjoyed it more if some serious proofreading had been done before publication.  I didn’t take off “stars” for that is not my way as I choose to believe that some things are beyond the author’s control.  Yet, so many times I was taken out of this enjoyable story because of those errors – and that, in my opinion, shouldn’t happen.  One could slip by but not such a large number as were in this story.

Danika and Race made a perfect for each other couple.  I loved his Lion, I often got my chuckles from Lion’s point of view.  Jack is simply a sweetheart, a much changed boy from before.  Of course, there is danger and one piece of Danika’s past to be dealt with.  Have to admit her “revenge solution” got a “Hell, Yeah!” from me.  In all, I enjoyed A Purrfect Gift of Fate very much and would recommend it – I do wish someone would go back and fix those errors for future reader’s sake.