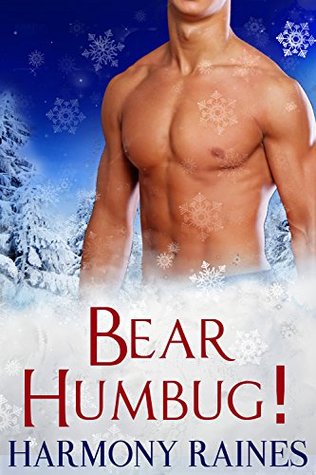 Declan and his brothers always volunteer to work the Christmas Holidays. Why? Because they know how important family is. And since none of them have a family of their own, they think it’s only fair for others to enjoy this special time of year.

What he doesn’t know, is fate is about to reward him in the best way ever.

Maria needs help, but where the hell is the sheriff?

When her sister died, Maria came to Bear Bluff to be the sole guardian of her nephew, Jason. Thrust into this strange town, she feels like an outsider. Worse, she is sure Jason sees her as an evil stepmother and has now run off up the mountain.

Scared he is going to freeze to death in the snow, she turns to the one man who should be able to help her, the sheriff. Because that’s his job, right? Only when she first meets him, his behavior is so strange, she wonders if he’s just a guy in fancy dress. Is it possible the sheriff can pull himself together and help her find her nephew?

And why does he keep looking at her in a way that makes her stomach go all funny?

Bear Humbug! was previously published in the Christmas boxed set of Shifter Wonderland.

It’s always an enjoyable trip back to Bear Bluff where we’ve encountered several amazing couples across many series now.  This is the final story in the Christmas Bear Brothers series and Declan, the fine sheriff of Bear Bluff finds his mate practically under his nose for months now.

Maria’s sister and her husband were killed in a car accident.  She left her own home in another state, worked from home in order to move to Bear Bluff and take guardianship of her almost teen aged nephew Jason.  She had no idea that shifters existed, even though her sister was married to one… and her nephew is one.  Right now Maria and Jason are having a difficult time, she feels inadequate as his guardian, believing that he won’t let  her in and will never accept her in his life.  Jason is missing his parents something fierce, especially now as he’s approaching the first shifts into his bear.  He’s an angry, sad, frightened boy becoming a man with the additional new to understanding his bear teen years.  It’s a disaster waiting to happen – and it finally has.  Jason has taken off, probably to the mountains – he’s out there in the storm, alone and his aunt is frantic with worry about him.

Declan returned to the Sheriff’s Office after his annual Christmas drink with his brothers.  They all were determined to find their mates this year, being alone was becoming unbearable for them all.  He never would have thought that she was in the office waiting for him.  He knew the moment he saw her, and for a few moments acted decidedly un-sheriff-like.  Once he pulled himself together enough to ask what was wrong, he almost immediately understood what was happening and set out to find through his contacts where Jason might have gone.  It seems he and his father often went camping in a “den” or a well known cave on the mountain… almost to the top of the mountain.  It would be a dangerous trip, even as his bear, but Maria was insistent that she was coming along as well which meant his human form… and protecting his mate as well as looking for the missing teenager.

Their time on the mountain would bring secrets to light, love to form and lives to be changed forever.  And one young man to get the chance he deserves.

Bear Humbug! is a lively, emotional, and heartfelt story of love of family, love of mates and the determination to make any sacrifice in order to keep them safe and protected.  Declan and Maria are well matched.  She’s far too hard on herself, taking the blame for everything that’s happened between she and Jason… but the boy is at fault as well.  Declan has to walk a thin line of knowing she’s his mate, deciding when to tell her about shifters and keeping her calm as they search for her nephew.  They are a cute and sexy couple.  We’ll discover what all the brothers have been up to in this final story of the series… and since this review is late, I happen to know that there is a Christmas Bear Bluff series for Christmas of 2016 to discover as well.  Love coming back to this town.

Looking for a fun, sexy adventure?  Then Declan and Maria can provide that quite well in fact.  Give yourself a Christmas gift.