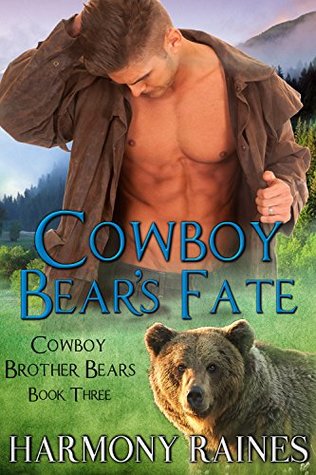 With her family relocating to Black Bear Ford, due to a family crisis, Monica Williams, is torn between moving to the country with them, or pursuing her career at the museum. Things are complicated even further when she meets handsome cowboy Jon Williams, especially when it turns out they have more than a surname in common.

He might be the youngest son, but Jon Williams is a force to be reckoned with, especially when he meets his mate. Will he convince her to stay in Black Bear Ford, and can he help make things right for his mate, when she finds out a family secret that threatens to tear Monica’s world apart?

When the mate lightening bolt strikes it definitely grabs your attention.  Jon Williams discovered this when he first laid eyes on Monica Williams in town.  It’s one thing to tease your brothers about something you have no clue about, and something else to realize that your life has just changed right before your eyes… and you don’t even know if she feels the same, because she’s human.

Monica may not understand the mate’s call, yet, but she certainly understands upheaval.  Recently and very quickly, her parents bought both a home and the building in town that will house the new hardware store.  Oh, and explained that both her father and her brother are bear shifters.  Yeah.  Talk about lightening bolts.  After helping with the move, Monica is in town for a quick grocery run when she notices two men watching her.  One extremely intently… the other laughing.  When the men are near her car after her shopping is done she’s a bit nervous, normal people don’t usually gang up on newcomers to their town like this.  Although Jon’s nervousness soon shows there’s nothing to fear aside from a cowboy who definitely is showing interest.  Plus the fact that they have the same last name – hopefully no relation.  Monica’s love of history pops into the conversation with some background that seems to unsettle Jon a bit, but just meeting him it’s hard to tell.  Jon’s mate has some interesting family history, and the sooner he gets the facts the happier he’s going to be.

It appears that Cowboy Bear’s Fate will wrap up the the Cowboy Brother Bears series as all four brothers now have found their mates.  (one brother found his mate in another series)  Jon’s romance is going to open up a lot of closed doors on family secrets and a few skeletons in the closet.  Not everything is as simple as finding your mate and happy every after logically follows.

There’s a lot of pain in this story as truths are revealed and what one woman thought of as her life slightly shifts into something else entirely.  Monica will have the support of Jon and his family, as well as her own as she navigates the changes that secrets have revealed.  Cowboy Bear’s Fate is a touching story with laughter and tears that probably sums up anyone’s life.  There are good moments and bad ones, but with the ones who love you nearby anything can be faced.