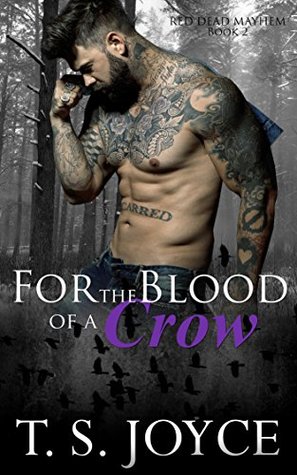 Bailey Wulfe has her blinders on, her focus straight forward, tromping through life to the future that has been planned for her since she was Turned. She’s been promised to a high-ranking wolf in her Clan, but one chance encounter with a familiar face and she’s questioning everything she’s ever wanted. The boy she knew as a child has turned into a monstrous man. And from the looks of Rike, his bloodline will be the death of him and everyone he encounters. Maybe she can stop his free-fall…if only she can get him to remember her.

Rike Blackwood needs one thing to go right. His brother is a traitor and has run off, his Alpha is in transition after losing half his Clan, and Rike’s own last name is poisoning him from the inside out. One steady day is all he needs, but while his Clan is coming out to the public that they are shifters, a sassy little she-wolf claims they’ve been married before. Nice try, Little Wolf. He would’ve remembered being married, but she does look familiar. And now he can’t seem to stop hunting her. They say curiosity killed the cat, but this time, it just might kill a crow, too.

THIS…this… this is why I read, no devour the sub-genre of Paranormal Romance aka Shifter Romance.  This story is why I will read every book written by T. S. Joyce – I’ll even read her grocery lists, because she gives me absolutely everything I look for in a shifter romance.  And if you haven’t discovered her by now… what the heck are you waiting for?

Rike is the Second in the Red Dead Mayhem crew.  His past is filled with the murderous monster that was his father, or at least what he can remember of his younger years.  His brother has betrayed the clan and the humans have discovered that shifters exist.  What more can go wrong?  How about a blast from his past, the part he doesn’t remember.

Bailey was promised in an arranged mating to the Second in her father’s clan.  As the only female, well made female, her pairing with Samuel is merely a pack move.  Neither care a fig for the other, and that’s obvious when Samuel brings his side piece to the clubhouse when Bailey is there.  In truth, Bailey could care less emotionally, it’s the disrespect he shows to her that sets her off on a journey she never expected to take… that and finding Brandon or Rike again.  The crow she’d loved, that she’d been hand-fasted with, the man she’d always love above all others – even when he made her mad as a hornet.  Her love for Rike never died, it got bruised certainly, but one day with him and it all came flooding back.  Now she has a choice to make.  A loveless mating with a jerk and her pack or a life with the crow she’ll always love.  Both choices have challenges to them but only one is right for Bailey.

I absolutely loved For the Blood of a Crow.  It’s one of my top five favorites across all of T.S. Joyce’s series.  And this one just made the Red Dead Mayhem series one I”ll watch closely for the possibilities here are boundless.  Bailey and Rike are the other halves of one soul.  It’s obvious from the start that they are destined – they just have to figure out how to make that possible with what the years in-between have brought to them both.  I loved the connections between this series and the Outlaw Shifters series – love all the ladies in their unique craziness and “charm”.  If I could give this story 10 stars I’d do it in a  heartbeat.  If you love Paranormal Romance or Shifter Romance then you’d get caught up in this story so easily.  Yes, it’s a connecting series and I’ll always suggest reading from the beginning.  Yet for the pure joy of this story – I say dive right in and completely enjoy the visit.