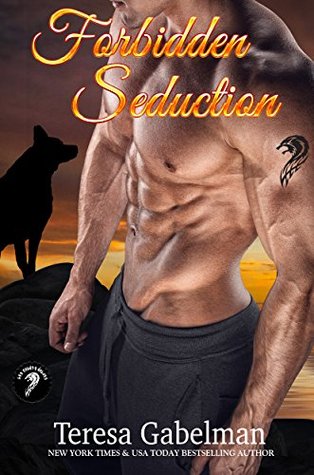 Hunter Foster single-handedly exposed the shifter community after shifting in front of humans to protect a Vampire Council Warrior. With no regrets, he heads home to answer for his crime of breaking an outdated law.

Back in his town, he is faced with rogue packs challenging their alpha, his brother, as well as the woman he has spent years avoiding. Finally, he has to come to terms with what his wolf has been telling him and what he as a man has been fighting against.

I love a bad boy.  Human, Shifter, Vampire, Real Life… I just fall for the bad boy, always.  Usually that bad-ness turns into an ol’ softie for his one true lady, and she’ll accept him just as he is.  Happy ever after guaranteed.  Then there is Hunter Foster.  Oh definitely a bad boy, sexy as sin, recently a hero even… and a first class jerk.  Sorry, but it’s true.  And the sad part is that I got why he acted toward Emily the way he did when they were teenagers.  I did, but that doesn’t excuse breaking someone’s heart and holding them up for ridicule by the entire home town.  No, Hunter, my bad boy book boyfriend… you messed up big time.

Then and now, Emily scared Hunter bat crap crazy.  Oh, his wolf knew she was their mate, but Hunter has a past that simply got in the way of what his wolf knew was fated.  So he did what teen boys always do – he lashed out at the one person he really wanted in his life but was afraid to commit to.  That was the boy.  Today, Hunter is a grown man who has still been running from his mate.  But now Emily is back… and she’s taking crap from no one these days – especially the man she’s loved her entire life.  Hunter Foster.

There is a lot going on in Forbidden Seduction.  Janna, Garrett’s mate from Forbidden Hunger, is facing a difficult pregnancy.  Since Hunter’s little performance of shifting into a wolf on live television, granted to save a life, was broadcast there have been lots of wanna be nasty Alphas showing up in town challenging Garret for the Alpha position in his pack.  And Emily has come home, under unusual circumstances.

As much as I understood Hunter’s reasons in his mind, I also wanted to smack him upside the head way too often.  Yet the one person that I despised and really would have loved to see tarred and feathered was Deb, Emily’s sister.  What an absolutely nasty piece of work.  It was so easy to get caught up in Forbidden Seduction, even though I’ve been away from the series for a while, I slid right back into that world with ease.  Lots of secondary characters that I cannot wait to read their own romances… especially considering the grief they’ve given Hunter and Emily… just sayin’.  My heart broke for Emily on far too many occasions.  She’s been in love with one man her entire life, and finally he loves her as well.  There is a lot of hurt, pain, and doubts that Emily has to put aside.  Watching their relationship meld into the forever kind was frustrating, angering and sad… yet, in the end their love stood strong and true.  At the end of the day, I loved Hunter and Emily’s romance.  Really, no one should stand in judgement of anyone else’s choices in loving someone.  Their relationship worked for this couple and really that’s all that  matters… is their happy ending.

I’m heading out to pick up the next book… and I would definitely recommend this series to any reader who loves the bad boys and Shifter Romance.

I read this title through my Kindle Unlimited.