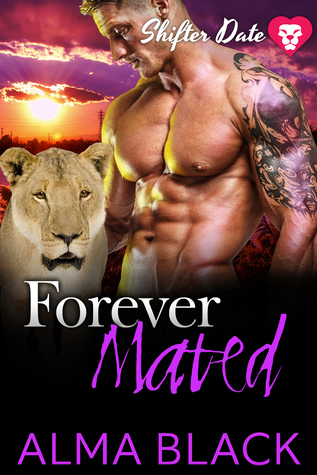 A sexy businessman seeking a feisty female lion shifter. A shifter lioness who needs to mate and make cubs. He’s man enough to tame a shifter, but is he man enough to satisfy her?

Kyra has always longed for a family of her own. But bad relationships, unrequited crushes, and insecurities have always stood in this lioness shifter’s way–until now.

Zac, a rich and powerful entrepreneur has wanted the curvy and petite Kyra the moment from he laid eyes on her. It’s his turn to prove that even though he’s human, he’s strong and virile–and he’s exactly what this pretty kitty needs.

But with the threat of Power Shift growing, Zac uncovers dark secrets about his family. Now, he must choose between the father he thought he trusted, and the woman of his dreams. Can Zac mate Kyra and protect her, or will this alpha human lose everything in a violent uprising?

Titles in the Shifter Date series include:  Must Love Lions – Hungry As A Wolf – This Kitten’s Got Curves – Forever Mated –

Max, Zac and Kyra have worked together since day one to make Shifter Date the popular dating app it is today.  Max and Kyra are shifters, Zac is human but their differences have never made any difference in the friendship between the bosses or in Kyra’s attraction to Zac.  Unfortunately, Kyra had a huge crush on Max for the longest time, even though she now sees it for what it truly was – she’s still feeling a bit silly and has some trouble trusting that what she feels for Zac isn’t more of the same.  He’s hot, he’s rich, he’s from an old established family – what could he possibly see in her?  She’d be surprised.

Zac has been attracted to Kyra almost from the beginning of getting Shifter Date off the ground.  He’s kept his distance, watching, trying to figure out if she feels the slightest interest in him as well.  On this particular day everything is falling into place, he knows she’s feeling something from the way she’s acting in this meeting – and it’s time to make a move.  A first date, and perhaps the beginning of something more.  Zac is also dealing with a more personal family issue as his father is being blackmailed by Power Shift, the purist underground movement that hates any interaction between humans and shifters or shifters of different animal forms.  They’ve caused serious damage to many couples and their threat is not to be taken lightly.  He needs more information but his father is holding back, believing the claim that this is a one time pay off… and we all know how that will end.

I have enjoyed every single story in the Shifter Date series.  Zac and Kyra’s romance kicks up Power Shift’s part a bit and leaves us with more questions and a growing mystery.  The attacks are growing, and if possible even more personal.  I’m looking forward to see where this takes us next.

Zac and Kyra are such a fun, sexy couple together.  Yeah, Kyra has some insecurities but she goes past them… for the most part, misunderstandings happen but Zac is quick to clear up those doubts.    I get the impression that we’re not done with this couple’s story just yet and that their ending is a happy for now that will be continued.  I have no proof of that, it’s simply a feeling, an impression from the story.  The next story hasn’t been announced but I’m certain there has to be more coming as there are too many threads that need knotted off right now.  At least, I’m hoping for more.

If you’re looking for a fast paced, action filled, sexy moments and a true love story then Forever Mated should be on your reading list.  Because of the threads running through the series that move one plot line a bit further in each book I believe this is a series best read in order to make the most sense and fullest enjoyment factors.  In my opinion, of course.

I read this title through my Kindle Unlimited subscription.  The best ten dollar fee I pay each month.