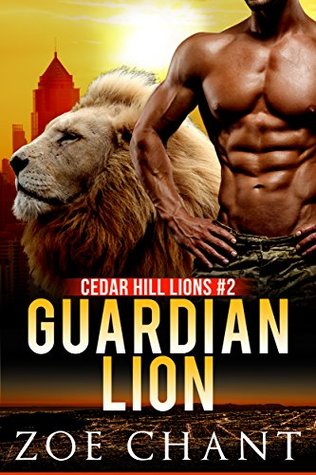 Curvy Daphne Pearce, the daughter of a movie star and a senator, loves her so-called ‘boring’ job as an accountant and the quiet life she’s made for herself away from the camera’s glare. But when a dangerous criminal organization discovers her true identity, Daphne finds herself in desperate peril.

After twelve years in the army, lion shifter Heath Whittaker is adjusting to civilian life and putting his skills to work as a bodyguard. But he doesn’t expect that his new job will lead him straight to the most beautiful woman he’s ever seen… who also happens to be his fated mate.

Irresistible heat builds between Daphne and Heath as he struggles to keep her safe, and the lurking danger becomes even more serious than either one of them suspected. Can Heath keep Daphne safe from the deadly enemies that surround them?

Daphne’s boss is in some serious trouble.  While she thought she’d be hiring protection for him, it turns out they both need professional help… now.  She’s tried to keep out of the headlines, keep her head down and not let on exactly who her famous parents are, but there are always those who prey on the children of the famous.  She’s passing off the attempted snatching as someone discovering who she is – but what if there’s more to the attack than that?

Heath is a natural protector.  Leaving the military was the right thing to do, but his new job as a bodyguard may pose complications that he hasn’t had to deal with in the past.  The beautiful woman who’d stumbled into him at the bar last night, the same woman who was almost kidnapped on the street in front of him and the woman who is his contact at the new job he’s taking on are all the same person.  It turns out that not only her boss, but she as well will need the bodyguard services of his company… he’s quick to get someone else assigned to guard her boss because he’s come to realize something she’s not aware of – she’s his mate, and no one but Heath will be seeing to her protection.

Guardian Lion is an intense, enjoyable romance with a few extra tensions added to the mix.  Heath is a very honorable man, and he strongly feels that he cannot start a relationship with Daphne while protecting her.  He needs to focus on her safety, and if emotions get involved now – well, it’s not going to be easy but he’s trying to hold off on making his intentions clear to this lovely woman who happens to be his mate.  Unfortunately, this decision allows Daphne the chance to question the attraction she’s certain they feel for each other… because big bad lion shifter Heath forgot to mention why he’s holding back.  *sigh* Men sometimes.  There are some interesting twists and turns that add an additional layer to the suspense.  It was fun as well to catch up a bit with Mason and Charity from Lawman Lion.

I enjoyed my time in this world and am looking forward to Rancher Lawman which is next in the series.  Love Shifter romances?  Then this is a series I’d recommend.  A good, solid romance, some sexy moments and characters you’ll soon think of as friends.  I believe you’ll enjoy this one.