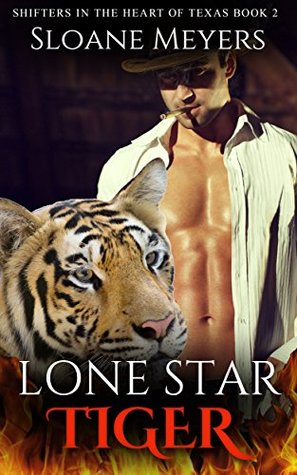 Lone Star Tiger is Max and Cassie’s romance.  Long time, almost life long friends, both Max and Cassie have hidden feelings for each other.  Neither wants to ruin a perfectly great friendship by crossing a line that the other may not want crossed… so they stew and wait and almost miss the love of their lives.  A high school reunion dance changes things – but whether for the better or worse is still up for debate.

Cassie has worked at “the bar” in Persimmon Springs since returning from college to care for her ailing mother.  Even after her mom passed, Cassie has remained taking over more and more of the responsibilities around the bar.  Her boss and friend, Alex is using drugs as an escape, and Cassie has been trying to get him to stop for years being afraid for his life.  He promises to quit but they both know he’s lying.  When tragedy does strike, Cassie not only has to deal with Alex but discovering a hidden side to Max – and that changes everything that was begun between them.  With even more surprises coming from Alex – Cassie has some hard decisions to make.  Ones that will either insure happiness for Max and herself as a couple or will finally tear them apart.

I enjoyed Max and Cassie’s story very much – and I think I’m starting to have an idea of where the series is heading.  In both Lone Star Dragon and Lone Star Tiger, the focus has been on the Shifter’s human side.  We meet their shift animal but it’s mostly been a human romance.  And that puzzled me.  Although there has been mention of shifter wars of the past, there is no current threat, no villain to hate or fear, no outside conflict to fight against.  Until I realized that the early stories in this series are in fact a chessboard.  The pieces (couples) are being put into place, the opening moves have been made and the plan for the long game will soon be engaged.  I don’t know how long this series will end up being (there are five books as of today’s date), or if there will be connected series for a larger picture.  But I’m starting to see the pattern – and I would encourage any reader who has read Ms Meyers’ other series to be patient… I’m convinced that other shoe is about to fall.  And I can be very patient.  This series is beginning to take off, and I am going to enjoy the ride.