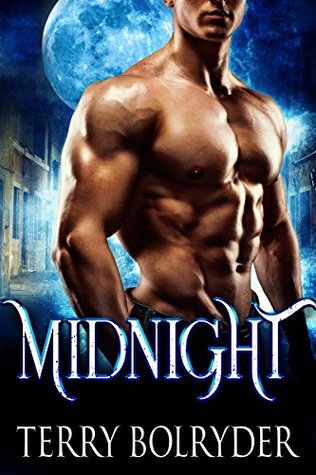 From the moment he was born, Nathan knew he couldn’t let anyone know who, or what, he was, but that hasn’t stopped him from trying to make his way in the world. And he’s fine alone, seriously. Until a curvy, persistent reporter steps up and turns his whole world upside down. She’s lighting up all the corners of his darkness and endangering the secrets he has always held so dear. So why can’t he imagine ever letting her go?

When journalist Lillian Goss discovers that the world’s most eligible bachelor might be a criminal, she isn’t afraid to get the scoop at all costs. Unlike the rest of the world, she isn’t dazzled by Nathan’s easy smile, scorching blue gaze, or notable philanthropy. She’s determined to expose his dark side, until she manages to get up close and finds Nathan altogether different than she thought. He’s even willing to grant an exclusive, if Lillian is willing to walk into the shadows that surround his life and heart.

The more Lillian gets to know Nathan, the more complicated her feelings get for a man who’s much lonelier than anyone knows. Yes, he has secrets, but he also is braver, and kinder, than she ever imagined. But as attraction burns hot between them, and an unknown stalker enters the picture, one questions arises for Lillian above all… Where does Nathan go after Midnight?

Lillian was certain she had the exclusive of a lifetime.  Nathan Lancaster had to be a criminal.  He had to be behind the devastating disasters he always seems to be just on the edge of.  He might be a billionaire, but she was determined to get the story, the true story.  She just didn’t know that she’d fall in love with the man who always disappears at midnight.

I don’t even know how to describe Midnight.  And that is the honest truth.  This story is twice the length of Ms Bolryder’s usual shifter romances.  And to say that there is an incredible story packed into that word count would be an understatement.  On this one, I find I do not want to say much of anything at all, except what an amazing story, and a captivating couple Nathan and Lillian make.  There are secrets, some that we probably will slowly throughout the series learn the depth of, for now we have the beginning and I find that is enough.

Come along for the journey of a journalist who desires the truth, and a being of the night who cannot allow his truth to be known.

I highly recommend Midnight, and I’m now on tender-hooks waiting for the next story.