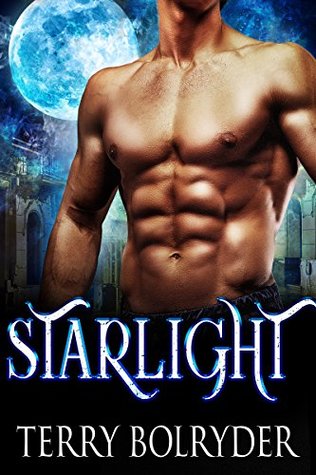 Theo Lancaster isn’t just the world’s best surgeon. He’s also a night-stalking monster, a creature of darkness. At least, some of the time. Thanks to his best nurse, Theo has had an ace in the hole for several years now. That is, until she threatens to leave. Only then does he realize she’s much more than just another coworker, and the only human his heart could want.

Ada has had the hots for Dr. Lancaster for a very long time. And who wouldn’t, with his perfect body, striking features and incredible talents? Maybe some people, given his arrogant, aloof personality that pushes everyone away. Which is why she’s leaving before heartache gets the best of her. But to her surprise, Theo seems to have other plans in store.

What starts as a desperate bid to keep his best nurse at his side quickly becomes much more for Theo and Ada as repressed feelings held back for years come rushing out between them, igniting sparks inside the bedroom and out.  But foul forces hidden away from humanity are about to break free, offering answers to the Lancasters’ questions about their existence, and endangering everything Theo has ever held dear.

We’ve met Nathan and Dare, now Theo gets his story told… and perhaps his is the saddest of the brothers for he has had at his side for the past five years the one human who settles him, keeps him from transforming… his mate.  But Theo doesn’t believe in mates, in love, or especially in the craziness his brothers have gotten themselves into with their so called “mates”.  It’s madness, and he wants no part of it.  Trouble is, he says that but when the one person who has been helping him to remain somewhat sane decides that she’s done living on a dream that will never come true and plans to move away… well, to say Theo doesn’t take that well would be an understatement.  Now he has to figure out how to change her mind without giving away his secrets.

Ada has been what Sasha is to Dare and Lillian is for Nathan – the human who holds their heart, who centers, calms them and most importantly halts their transformation after midnight into the nightmare creatures they were created to be.  But that is unknown to Ada, all she knows is that she’s been in love with Theo, the brilliant, arrogant doctor she’s worked beside for the past five years.  And now it’s time to go, she’ll never find happiness with a man who will never see her as more than an extension of his own abilities, the perfect nurse when she could be the perfect partner if he’d only open his eyes.  But he won’t so it’s time to move on.  She knew he’d be upset, but she never expected him to begin to show true affection, that he honestly needed her.  Could she trust in his words, his actions?  She wants to… but she doesn’t know the entire truth, and until she does, until he shares all of himself with her Ada still believes it’s best for her to move on.

Starlight delivered everything I need in the conclusion story to any series… and So. Much. More.

I want to talk about this story.  I want to shout details to the sky and ask what you thought of this, that or that other thing… but I can’t, because saying anything more falls into spoilers, and I won’t do that to any future reader.  The intensity of Starlight is higher, the stakes are more personal, and the depth of this story takes my breath away.  I loved the deeper, darker, more intense story line of the Nightmare Dragons series.  I actually had hoped for more than the three stories… yet, I’ve no doubt but that we will see Nathan, Dare, and Theo at some point in the future.  You’ll understand why when you experience this book for yourself.  I loved seeing old friends again, seeing an old enemy get their due was sweet karma, and in truth I would have love more… but this was enough.  It satisfies, it completes the circle begun in Midnight.  If you’re looking for an intense, intricate, steamy, completely absorbing series to pick up then you need Midnight, Nightfall, Starlight all making up the Nightmare Dragons series.  Experience this, you won’t regret it.  Thank you Ms. Bolryder, this was quite an amazing ride.  Loved every single minute of it, and would highly recommend the entire series.