Posted May 5, 2019 by Marsha in Shifter Connected, Shifter Series / 0 Comments 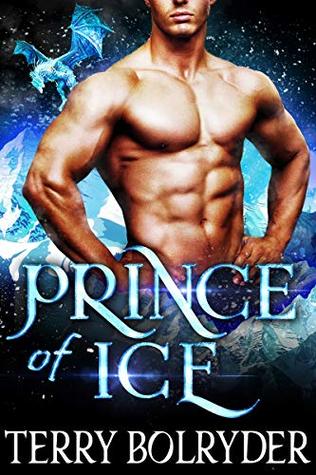 Luka, the last unmated ice dragon, knows exactly how to win over the sassy, sweet scientist he fell for at first sight. He’s going to take it slow, let her warm up, and show her how hot an ice dragon’s kiss can be. All while hiding his identity. But when someone breaks into Iris’s lab, Luka’s careful plans are ruined, and it’ll take all his strength just to keep the dragon in him from unleashing on whoever is threatening his mate.

Iris Jensen has worked hard to become a renowned scientist in her field. Now that she’s about to get tenure, and the financial security she’s always longed for, nothing can distract her. Except maybe a man with beautiful, icy eyes that seem to stare into her soul and hands that are just perfect for holding her. But with someone threatening everything she’s worked for, she can’t let herself fall into Luka’s arms just yet.

Even though Luka wants to take things slow with his mate, the dragon in him knows he has to hurry if he wants to protect her from outside forces. Because Iris may be close to losing everything, and in the modern world there are some things even ice dragons have to fear.

PRINCE OF ICE is the concluding story in Terry Bolryder’s Frozen Dragons series.  Yet, to be fair, I never actually say good-bye mentally to any of her dragons for they often show up in the most unusual and unexpected places.  *wink*

For a dragon who is both addicted and in love with knowledge of any kind reawakening in this modern world with computers, books and unlimited access to knowledge is – well, perhaps worth the long sleep he went through.  Luka is the bookworm, the nerd, the seeker of information of the unfrozen dragons and, for the most part, he is happiest on the computer researching just about anything.  And now that his friends have found their mates and are occupied, well that computer is an even greater distraction.  He’s formed a friendship of sorts with the mates’ friend, Iris.  That she is also his mate is a bonus but with her logical mind focused on gaining tenure well, he’s content to go about his courting a bit slower than his friends did.  But that may not be possible when Iris is in danger, her lab broken into and some very nasty bad guys crawl out of their hiding place to threaten what Luka holds as the most precious thing in the world to him – his mate.  Iris is going to get a far different education when she is faced with dragons, and accepting what cannot logically exist isn’t going to be easy.  Yet her trust in Luka will get her through a lot, hopefully, a lifetime together.

One of the things I love about Terry Bolryder’s writing, her worlds, and her imagination is that the characters we loved in the past don’t always (thankfully) stay in the past.  Often her stories are sprinkled with old familiar faces and that is a huge draw for me.  I hate to let beloved characters fade away.  So don’t be surprised to run into some friends once again – and, maybe, get a hint of what is to come in the next series.

PRINCE OF ICE is full of engaging characters, old friends, danger, action-packed moments and sizzling chemistry.  Iris and Luka make an adorable couple and they fit so well together.  It’s a bit bittersweet to let the Frozen Dragons go, yet I’m hoping to run into them again one day and look forward to what is to come next.  If you love a good Shifter Romance story that will keep you engaged throughout then pick up this series.