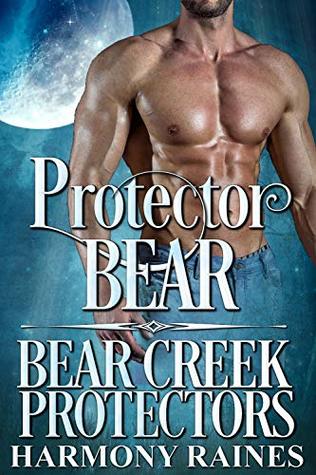 Nobody threatens his mate and gets away with it!

Bodyguard, Hunter, returns to Bear Creek for some downtime between jobs. However, his world is soon turned upside down when he offers to help Cynthia, who has received a threatening letter from an unknown source. The investigative reporter, who is responsible for bringing an end to a child trafficking ring, is his mate.

Hunter swears he will do whatever it takes to protect Cynthia and her children. Even if it costs him his life.

But he would rather hunt down the person responsible for the threat and let his bear rip their head off.

Cynthia thought she’d ended the reign of terror brought about by a child trafficking ring. It soon becomes clear she has some unfinished business that will threaten her future and that of her children.

However, when she meets Hunter, she realizes she is not in this alone. She is his mate, and he’ll stand by her side no matter what.

With the help of other members of Bear Creek Protectors, she’s ready for one last fight, one last chance to bring a bad guy to justice, and reunite four lost children with their parents.

If you are a reader who does not follow a series from start to finish in order then I would strongly suggest that you at least pick up BABYSITTER BEAR before diving into PROTECTOR BEAR for Cynthia’s investigation into the child trafficking ring begins in the third story of this series and provides much information to help make sense of the nuances in this one.  Do you have to?  No, of course not.  Yet you’ll understand her emotional state and the underlying need to protect her and her son and daughter even more.

Cynthia is trying to bring calmness and normalcy back into her life and that of her children after her investigative reporting that helped bring down a vile child trafficking ring and the mastermind behind it.  The arrival of a letter and a photograph will make that an impossibility.  The former bodyguard for her children now makes her home in Bear Creek, and the kids loved it there and felt safe with Jenna and Flint.  Cynthia makes the snap decision to return to Bear Creek to protect her family while she decides what to do about the threats.  She sought safety, she never expected to find a second chance at love with her own bear shifter mate.

Hunter is a protector above all else, a dependable bodyguard who is very good at his job.  But everyone, especially a bear shifter, needs a break now and then so after finishing up his latest job Hunter and his bear are looking forward to some time alone on the mountains around Bear Creek.  A chance stop at the office will bring Hunter into the troubles surrounding Cynthia and her children… and put him in a direct line with meeting his mate, finally.  Although Cynthia understands the concept of mates, she’s focused on bringing life back to normal for her kids and a new romance is not on her radar and might never be.  The newest threat will bring Hunter and Cynthia closer, have them working together and building a bond that will, hopefully, have Cynthia realizing that not everyone gets a second chance at love and she should grab it while she can.

We’ll get to meet up with a lot of familiar faces from earlier in the Bear Creek/Bear Bluff series as the search for those who threaten Cynthia and even more missing children intensifies.  We’ll also get an introduction to some characters that I hope will have their own stories told one day.  There is danger, betrayal, twists, and turns, a sizzling love story and a very good story to enjoy in PROTECTOR BEAR.  I would not hesitate to recommend this one or any story in these series as they are all quite good and very addicting.