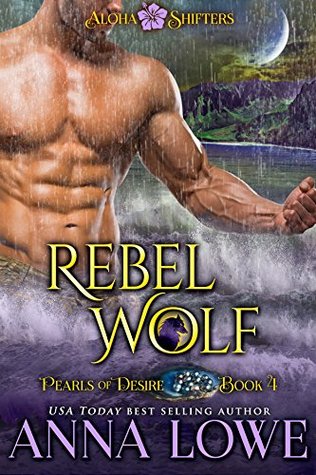 Sophie Wilkins — bookworm and smoothie chef extraordinaire — has moved to Maui for a reminder of all the beauty and love in the world. And love is what she gets from shy, retiring, and utterly gorgeous man she meets. Chase is everything her lonely heart has ever yearned for. He’s mysterious too, with a raw, animal intensity that appeals to a wild side she never knew she had.

Chase Hoving is a wolf shifter born and bred in the wild — a secret he must protect at all costs. After a decade in an elite Special Forces unit, he’s tempted to turn his back on the human world and return to that quieter, simpler life. Then destiny brings him Sophie, who fills his soul with hope and light.

But danger lurks everywhere, from the private estate Chase protects, to the wilds of his homeland, and even in the seaside park where Sophie works. Worse, evil forces from Sophie’s past are ruthlessly hunting her down. Has Chase learned enough about human ways to win over his destined mate — and protect her from a terrible fate?

I think most of us who have loved and followed the Aloha Shifters: Pearls of Desire series have been eagerly awaiting Chase’s story… and he was well worth the wait.  Chase is an unusual man, even in the world of shifters he stands out as far from the norm.  His mother was a full natural wolf, his father a hybrid shifter (one who could shift into different animals)… so to say there aren’t too many like Chase in the world would be an understatement.  Parts of his life have been spent with his natural wolf pack, other parts in the military and with his other half- brothers.  Now he has a pack full of various animals, brothers and brother of the heart but what is keeping him on the island isn’t loyalty to those he loves as family but to the sweet, innocent Sophie, his mate… and the girl he just barely has asked out on a date.

Rebel Wolf has a distinctly different feel to it, although if asked to pin down how I couldn’t do it.  It’s Chase’s different heritage, his laid back attitude, the sense that he straddles two far different worlds and is barely holding on to either except for the knowledge of his mate.  On the surface Sophie seems as normal as is humanly possible, but we all have secrets and Sophie’s just may get her killed.  Watching two shy, quiet people fall in love, work their way through danger and threats and still hold on tight to each other was a delightful journey.

We’ll run into enemies both known and new, catch up with all of our old friends and find another pearl of desire in a most unusual place.  Chase and Sophie were simply amazing together, they’re believable in their reactions to each other and to the danger.  I loved every moment spent in this world once again.  I promised myself to make this review shorter… because, frankly, I love to talk about this world… that’s about the shortest I can get.

Rebel Wolf is a story that you’ll easily get caught up in, danger you can sense and people to cheer with, laugh with and even cry with… and sexy as possible as well.  I’d highly recommend this story and the entire series to any Paranormal Romance or Shifter Romance reader.  I can’t wait to start on Rebel Heart to learn Cynthia’s back story, I’ve got it pre-ordered to drop on my Kindle on November 8th — I cannot wait.

I own a Kindle edition of this story