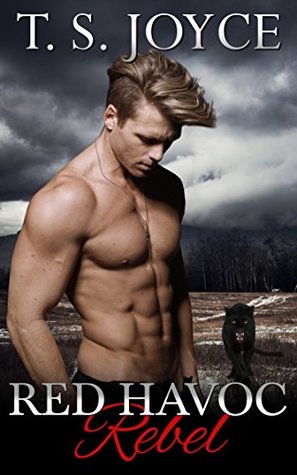 Kaylee and Anson once meant everything to each other.  Sure they were high school aged back then, but some things you simply know in your heart.  When without explanation Kaylee ousted Anson as an unregistered shifter, well everything they once had was destroyed by her betrayal.  She left for the wild open world soon after and discovered that there was cruelty out there – and that she’d left the best of her back home, utterly destroyed.  Now she’s returned home, broken and with a young son to secure a future for, a young shifter.  She’s about to make a huge mistake once again, but one that she feels necessary for her son’s safety.  She’d hoped to not run into Anson again, but fate had different ideas.

Anson had started the day off badly and it didn’t help to have a car plow right into his side panel.  The day went from bad to absolute worst ever when he saw who was behind the wheel.  Kaylee.  The girl he’d loved, had felt was his mate even if they were too young, and the girl who had caused such heartache and betrayal for himself and his family.  Just freakin’ great.

Anson is part of the Red Havoc crew, his sister is mated to their alpha.  It’s a rough and tumble, totally crazy – no really crazy, crew, and he wouldn’t have it any other way.  Well, maybe She-Devil could give him a break every now and then but aside from that, this crew was his rock, his sanity when his world had spun into darkness.  Now he was about to do something insane, bring Kaylee and her son into their territory, take a chance on a woman who may have burned him in betrayal before but a woman he also still burned for – she was his mate, even if she never understood that before.

There is always satisfaction when a character gets their due for their actions.  At times it’s a true villain and I cheer their downfall.  Other times it’s a person who made a dumb mistake, and has been paying for it in their own way for a very long time.  Kaylee is of the latter kind of “got what they deserved” character.  Yes, as a teenager she made a huge mistake when confronted by something Anson did that hurt her deeply.  Even if, years later we discover it was a total misunderstanding on Kaylee’s part.  Still the damage was done.  So I could shake my head at what Kaylee had done, foolishly, in the past, and still like the woman she’s become, and have empathy for the situation she now finds herself in.

I like these two together, there is a naturalness about them that comes clearly through the pages.  Little Bentley is absolutely adorable, he’s going to be quite a hero one day.  The Red Havoc crew’s personality is coming together in this second story in the series, and I like what I’m discovering.  It’s always fun for me when characters from previous connecting series make appearances and this was no different.  And there is a pretty awesome cameo towards the ending of Anson and Kaylee’s story.

In all, I loved Red Havoc Rebel, this story is one that hits your heart with believable situations (for a Shifter Romance), a nasty piece of work for a villain and characters that you want to know more about.  I’m enjoying the ride and looking forward to the next title.  I’d definitely recommend this one for any reader of Paranormal Romance or Shifter Romance.  Strong characters, a good story, sexy times and some pepole you’d want at your back in the hard times of life.