Posted May 6, 2017 by Marsha in Shifter Connected, Shifter Series / 0 Comments 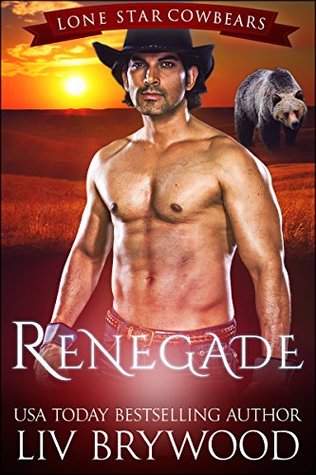 When her sister is shot by a crazed gunman at a mall, Violet drops everything to return to Lost Hills, Texas. She dreads small-town life and can’t wait to get back to her company in San Francisco. But when she runs into Aaron, her first and only love, she tries in vain to resist the sexy cowboy’s bedroom eyes and rock hard body. One night of unbridled passion leads to disastrous consequences and she’s forced to make an impossible choice.

Cowboy bear shifter Aaron Grant doesn’t care that Violet has a life in San Francisco. He wants her back. After spending a decade pretending to be content with their long-distance friendship, he’s ready to claim his fated mate. But before he can confess his love, he must find a way to tell her the truth about his big, furry secret and risk losing her forever.

Aaron has been in love with Violet since their teen years.  He’s always known she’s his mate, but as a human she never knew he was a bear shifter or what mate meant to him.  Violet had never been content with their small home town.  She felt she was destined for bigger things and after college she relocated far away from Lost Hills, Texas and started her own company.  Violet broke Aaron’s heart but his was the kind of love that wanted his mate to be happy, even if that wasn’t with him.  They kept in occasional touch but it wasn’t until a tragedy brought her reluctantly home that Aaron realized that he wanted to fight for her to remain at his side.  It might be a losing battle, but he had to try.

Renegade is an emotional story.  One where I was firmly on Aaron’s side and often found Violet to be so stubborn and set in her own interests that I had real trouble feeling much for her at all.  Their story is heartbreaking and realistic, for there are many couples who face some of their problems every single day – and it hardly ever gets easier.  Violet has a lot to deal with and she often makes choices that hurt those around her – including herself.  Eventually she’ll figure out what is most important to her, but it may come at a cost.

It’s always fun to run into previous couples and in this big family, to run into the siblings as well.  I enjoyed Renegade.  It’s a story that makes you wonder how you’d react given the same choices.  It’s hard to find a win when everyone seems to lose something – but then, that’s life.  Compromise is the word of the day.  I would recommend this story and this series to any Paranormal Romance or Shifter Romance reader.  You’ll find strong characters, sexy moments, a good story line and believable characters.