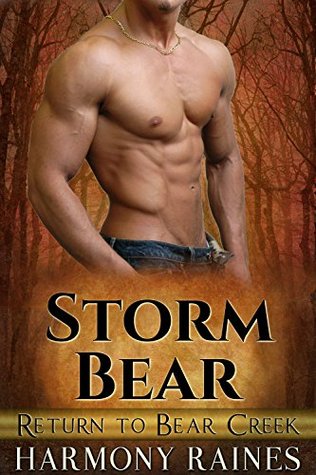 Chrysi hikes into the mountains with her fiancé. In no time at all, she realizes he is not the man for her, as his facade slips. What she did not expect, apart from a whiny man in place of the charming guy she fell in love with, is an attempted kidnapping.

Her hopes and dreams are soon left shattered, and with a snow storm moving in, her engagement might not be the only thing that is dead.

Running from her would be kidnappers, she stumbles across Nevis. But can this man be trusted, or is he a part of the conspiracy too?

Nevis has escaped into the mountains to think about his future. His father wants him to get a proper job—What that really means is, his father wants Nevis to work for him in the business he built from scratch. That is never going to happen.

What Nevis does not expect, is to find his mate wandering lost, as a deadly storm moves in. The only problem? She is wearing another man’s ring on her finger. Nevis soon realizes everything is not as it seems, and not only does he have to save her from the storm, but he also must save her from the men who want to harm her.

Nevis escaped to the snowy mountains to do some more photography, but really to search his heart over a decision that has plagued him most of his life.  His heart was in these mountains, in his love of nature and capturing its beauty in his photographs.  It certainly wasn’t in the boardroom where his father intended him to be.  Nevis’ sister was far better suited to that position than he was – but his father was at times a sexist, old fashioned man.  It was time to make his intentions clear, even though they would probably cause a rift between father and son.

Probably the last thing Nevis expected to see was a woman obviously running from something in the beginnings of this snow storm.  He’d been out before the storm when he caught her scent.  He decided to approach her in his bear form and believing that herding  one human was going to be the only way to get her back to his cabin and safety from the storm.  She was obviously on the run, but there was even more danger of staying out in the storm.  They’d face what had to be faced together – for this stranger was his mate, and no one was going to harm her.

Chrysi got the surprise of her life when the man she’d agreed to married turned out to be such a fiend that he’s willing to kidnap her and hold her for ransom.  Talk about misjudging someone.  Her adoptive father may have seen his true colors, but he always allowed Chrysi to make her own decisions without his influence.  Now she kinda wishes he’d said something this time.  Fortunately for her, he and his sidekick weren’t too bright so she’d alluded them for now… but with the storm coming in fast that might mean her own death by a different means.

Storm Bear is fast paced, enjoyable and gives us some times with people we’ve known from previous stories.  It also gives us a huge hint about the next story…. and it’s gonna be amazing.  Chrysi and Nevis make such a perfect for each other couple.  Their strengths and weakness counterbalance each other.  And the additional family drama finally answered some questions that have been in the background.  I enjoyed Storm Bear very much and I wouldn’t hesitate to recommend this story or any in this series to Paranormal Romance or Shifter Romance readers.