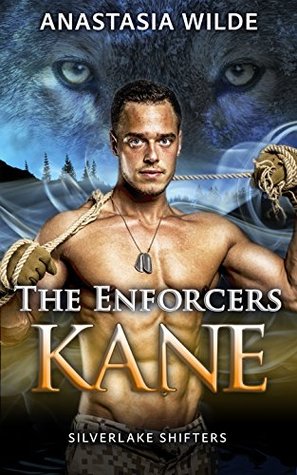 Throughout the Silverlake Shifter series Kane has been pretty much… well, let’s be frank – a total jerk, for the most part.  I believe every reader who got caught up in that series knew that there was a reason for Kane to be the way he has been.  And in this new series we’re discovering the stories behind the enforcers of the pack, the men who keep to themselves and don’t share much of their pasts.  In Kane’s story we will discover exactly what made him into the man – wolf – he’s become… and it is heartbreaking and will evoke such anger on his behalf.  No one should have gone through what he did to simply survive.

I’m finding that I don’t want to give too much of this fantastic story way by going into the plot at all.  What I can safely say is if you’ve followed the previous connecting series then you know what Kane is like and within this story you’ll discover a very different Kane – a prideful man, a man in agony, a man at war with his wolf and himself.  The woman who was so special to him in their younger days has returned and along with her come memories, danger and his true mate.  Something he’s never believed in.  The Enforcers: Kane is action packed,, has some sizzling sexy times, a mystery, traitors and an ultimate evil that you will loathe.  Raven is a pretty spectacular character and wait until her animal is revealed.  All I can say is simply… wow, never saw that coming.

It was satisfying to finally understand Kane, and his story will touch you in ways you’ll not expect.  I enjoyed this beginning to the spin-off series and I believe you will as well.  Although, for this one I really believe you need to read them in order as each story builds a bit on the previous… that means starting with Silverlake Shifters.  As always, in my opinion.  I would highly recommend this story and this series to any reader who loves paranormal Romance or Shifter Romance.  This one is pretty amazing.