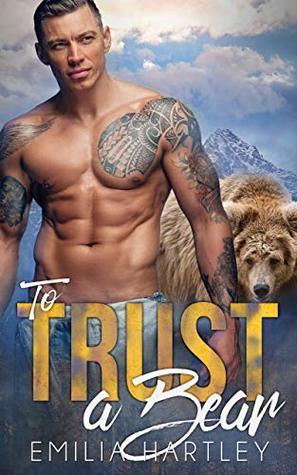 In the third story of the Lumberjack Bears series, “To Trust A Bear”, things start to get real.  We begin to understand the true power of “the Den” that’s been spoken of and just how insidious and damaging those outdated traditions or plays for power have been for so many shifters.  We also get more insight into the backgrounds and personalities of this crew, and there is certainly some heartbreak there among them all.  Morgan’s and Callie’s story is more intense and sets up what is to come for Dominick and Orion in some ways.  The first two stories were the appetizers in this series, now we’re getting to the main meal.

I wish I could say that I liked Callie.  My feelings toward her are much like most of the other shifters have had… cautious, not quite believing in her yet but willing to try.  By the story’s ending, she still hadn’t stolen my heart, but she had Morgan’s and that was good enough for me.  The hardest part of discovering that you’ve been lied to for years isn’t the initial pain but the underlying sense of how could you have not known, how can you trust yourself with anything else when you couldn’t see what was clearly in front of your face.  That is where Callie is now, even after learning that Morgan did not do what she’d been told all those years ago she’s still processing everything that’s happened… and she’s making mistakes.  I’m actually looking forward to Callie as a secondary character in the remainder of this series for I think by then she’ll have settled into her new reality and I may like the woman she’ll become.

I loved the spitfire Aimee, and I’m completely excited to discover her story with Dominick that’s coming next.  A lot happened in “To Trust A Bear”, and there is a lot to come or so it feels.  I enjoyed stepping back into this world, it’s a much more intense story with some vile villains to deal with for everyone.  But I think the shifter who is going to break my heart over his story is Orion… we shall see.