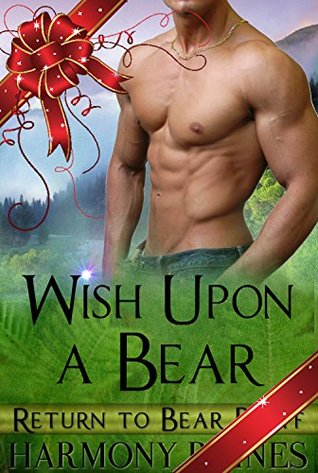 Curvy girl Zara is used to working over the Holidays. The pay is good, and it fills the lonely hours, when everyone else is celebrating with their family. This year is different. As a newly qualified teacher, she’s given herself a Christmas vacation.

So, when she is invited by her old friend Dylan and his family, to spend the holidays in Bear Bluff, she agrees. There she finds something much better than a gift under the Christmas Tree!

Theo can’t believe his luck. He arrives to help Dylan mend his grandpa’s roof, and instead meets his mate! All his Christmases have come at once.

There is only one thing that is stopping him having his best Christmas ever—Dominic.

Dominic is a young offender who is shadowing Theo as part of the project Dylan has set up to help young people who need a fresh start. The problem is, Theo has a feeling Dominic is about to skip town, and break his probation.

Can he and Zara work together, to make sure everyone in Bear Bluff has the best Christmas ever?

And will Zara’s dreams all come true, when she makes a wish upon a bear?

A lovely Christmas visit to Return to Bear Bluff brings Theo his mate, and a young man a second chance at a much better future.

Zara is free for Christmas for the first time in years.  She’s making the trip to Bear Bluff to visit with her old friend, Dylan.  Their friendship grew from their days at juvie, and it hasn’t diminished over time at all.  There was a time when Zara had hoped for a special relationship with Dylan, but he’d explained the mate thing for shifters, shown her his bear just to prove the point, and best friends they became and remain  She’s got her brand new teaching certificate, but no job as of yet.  So this Christmas vacation is a gift to herself to chill out and relax before letting the job hunt drive her crazy.

Theo enjoyed the work he did for Bear Bluff Construction as well as the mentoring he did as part of Dylan’s unique second chance program.  He’s a roofer by trade, and a good one.  He’s not so sure right now how good he is at mentoring though, since he’s having trouble breaking through Dominic’s silence.  He has this sneaking feeling that the kid in going to bolt, and that wold be the worst mistake he could make.  So Theo is a bit preoccupied as he arrived at Dylan’s house.  In fact, he wasn’t feeling well at all… he was anxious, excited, almost panic stricken and he kept staring at the house as if it held all the answers to the universe.  Once again, Dylan just happens to be nearby when one of his friends discovers their mate.

What follows is a touching Christmas romance with touches of family and discovery.  We’ll run into several of our old friends and catch up a bit.  Theo and Zara will slowly learn about each other and make plans that fit them perfectly.  And a young man will risk all to make a Christmas wish come true, and discover along the way that second chances can indeed be lifesaving.

If you’re looking for a fun, entertaining and touching Christmas read this season, then I’d recommend Wish Upon A Bear.  You’ll find a solid story, and some interesting situations to be worked out before the Christmas wrapping paper goes flying.