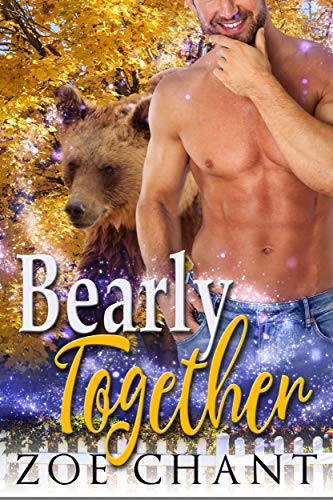 We’ve met Shelley before, and it should be noted that first impressions aren’t always the correct ones and that certainly shines a truth in “Bearly Together” as Shelley and Dean discover that they are mates – and, on the surface, two shifters couldn’t be more different.  But… are they really?

Most of what you’d need to know can be found in the Cover Description.  What you won’t find there is the emotion that this story brings to readers as carefully hidden secrets are revealed that show Shelley and Dean in a more realistic, true light.  I enjoyed watching their walls come tumbling down as Shelley learns how to deal with children, and Dean finally lets go of the need to be everything to everyone except himself.  We get the chance to run into some book friends from previous stories – and sometimes big brothers should know to keep their big mouths shut around little kids.  Just sayin’

I had a blast with “Bearly Together”, but then I always do in the “Green Valley Shifters” series.  If you’re in the mood for an uncomfortable romance, to watch two people (actually four) learn to open their lives and hearts to each other and start a new life, some sexy sizzle, and an adorable pup and kids then you’ll want to pick this one up real soon.