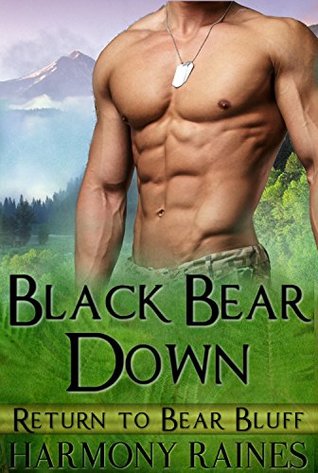 When his army helicopter crashes in the Himalayas, killing his comrades, Jordan Williams loses much more than his friends. He loses the use of his legs, and his bear. Two months later, he is transferred to Bear Bluff, where he grew up, but he isn’t interested in life. Not until Skyla walks into his hospital room.

She’s his mate. But how is he supposed to deal with that, when his life no longer makes sense? With his bear gone, and unable to walk, what kind of man is he? How can he provide for her like a bear shifter should?

He should just let her walk out of his life. Hell! If he had any sense, he would push her out of his life.
However, in a short space of time, he realizes she is his own hope of salvation. She brightens up his world, which has become dark and soulless. Can this curvy woman pull him out of the darkness and back into the light?

Titles in the Return to Bear Bluff series include:  The Bear Is Back In Town – His Bear Necessity – Black Bear Down – Who Bears Win – When Bears Collide – Wish Upon A Bear

There are times when a Shifter Romance is so much more than an entertaining Paranormal escape.  Times when the author clearly gives us the character’s animal, but the focus is more on the human side – and the very real issues and difficulties that many people face.  Black Bear Down is an excellent example of that blend of human and shifter animal in conflict in one man’s body.

Jordan has been injured in a helicopter crash that took the lives of his team.  As the only survivor, he was badly injured enough that he could not help any members of his team, and that weighs heavily on him.  To make his situation even worse, he cannot sense his bear any longer.  Now paralyzed from the waist down, without his bear Jordan has no idea how to survive this accident.  His doctors can find no physical reason why he cannot move – he’s not lying but he also cannot make his legs move no matter how hard he tries.  He’s set to be discharged from the hospital with a nurse / therapist / caregiver to arrive any minute.  One more blow to his already overloaded life – Skyla is his mate.

Skyla had always intended to one day move to Bear Bluff, this particular job made that dream come true – well, for a little while at least.  She is human and had grown up with her best friend who was a Shifter, so she knew more than most about these amazing people.  She’d also been there when he met his mate, and she so wanted that type of love for herself.  Taking a gamble, she thought one day to move here and explore that possibility… never expecting to feel an instant bond with her new patient, a man who clearly knew what she was to him… and was doing his best to push her away.  Not happening at all.

Black Bear Down touches on some very interesting aspects of a physical trauma that causes a temporary loss of sensation and movement and the physiological  effects of that reality.  Add in survivors guilt, and the loss of half of yourself in losing his bear and you can see the turmoil that Jordan is facing.  Now he’s found his mate.  How can he protect her and their children if he cannot call forth his bear.  It’s an extremely interesting plot, well thought out and presented to us in Skyla and Jordan’s romance.

Watching Jordan work through all of this, the the growing bond  with Skyla combined makes a lovely romance, an interesting story and a touch of reality that fits here in their story perfectly.  I enjoyed this one, and would definitely recommend it to any Paranormal or Shifter Romance reader.