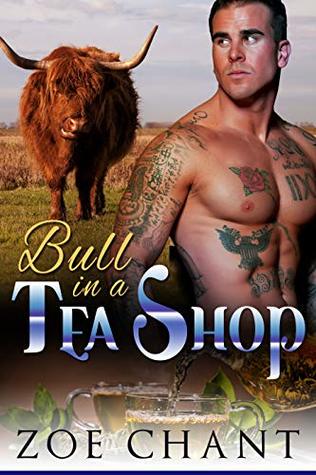 His second chance is her salvation …

Big, tatted-out bull shifter Maddox used to work as a thug for hire, but now he’s a drifter with his old life in ruins. All he knows is that he wants to be better than he was. When he hitchhikes into the small town of Silvermine, Arizona, he’s not planning to stay. But first he helps out a teenager in trouble, and the next thing he knows, the kid’s alluring aunt walks into his life and runs away with his heart. For the first time in his life, Maddox has something of his own to protect.

Blind tea-shop owner Verity has been caught up in a dangerous struggle with the town’s corrupt sheriff and a greedy landowner trying to force her to sell. First Maddox saves her niece, and then he offers to help her save her business. Teaming up might be the solution she’s been hoping for, but Verity has spent her life learning not to believe in happy endings.

And with a sheriff who would break every law to stop them, it’ll take all his strength, her wits, and their courage to get out of this alive.

We’ve met Maddox before and BULL IN A TEA SHOP shows that anyone is worthy and capable of redemption and a second chance.  He’s searching for an elusive something that always seems just out of reach over the next hill.  One stop in a tiny town, intervening between some bad cops and some teens begins Maddox troubles in Silvermine and those troubles are not over by a long shot.  Injured he is helped by those that he helped and taken to a place of safety (for now).  He never knew that taking sanctuary in a shed would lead him to his mate — now he just has to solve their combined problems, convince his lady that he’s her one and only, and maybe take down some really bad guys as well.  Not what he expected, but certainly what he needs.

BULL IN A TEA SHOP is full of what I expect in any Zoe Chant story – danger, intrigue, some humor, definitely sexy sizzles, and a really good story.  We’ll meet up with some old friends, make some new ones in this zany small town and simply sit back and watch two stubborn people who never believed in love discover what it’s like to fall completely under another’s spell.  I had a blast and don’t want to give anything away.  So — pick up BULL IN A TEA SHOP for yourself and prepare to be drawn into Maddox and Verity’s romance.