Posted May 21, 2019 by Marsha in Shifter Connected, Shifter Series / 0 Comments 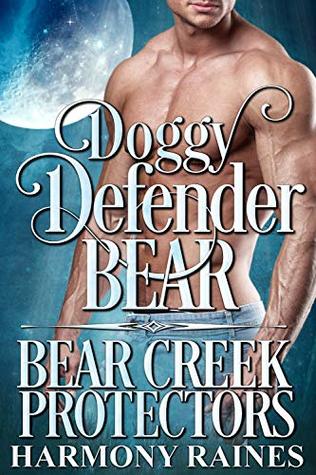 Oh, I’ve been waiting for Guy’s story and Jane turned out to be the perfect mate for this brave man.  When Jane’s employer and close friend dies she leaves her most beloved possessions in Jane’s care – her rescue dog, Boomer, and her historic home.  Plus the funds to keep both safe and secure for years to come.  This doesn’t sit well with the woman who thought she was entitled to everything — and then the troubles began.

DOGGY DEFENDER BEAR is full of twists and turns that you might see coming and others that will blindside you.  I enjoyed the banter between Jane and Guy as well as a very lovable pup, Boomer.  We’ll run into some familiar faces as this story unfolds.  Full of action, suspense, and steam I was caught up in Guy and Jane’s story from the start and loved every minute spent with them.  The epilogue for their romance was simply priceless.